How much does it cost to travel to Tenerife?

How much money will you need for your trip to Tenerife? You should plan to spend around €103 ($124) per day on your vacation in Tenerife, which is the average daily price based on the expenses of other visitors. Past travelers have spent, on average, €31 ($37) on meals for one day and €48 ($58) on local transportation. Also, the average hotel price in Tenerife for a couple is €85 ($103). So, a trip to Tenerife for two people for one week costs on average €1,436 ($1,743). All of these average travel prices have been collected from other travelers to help you plan your own travel budget.

A vacation to Tenerife for one week usually costs around €718 for one person. So, a trip to Tenerife for two people costs around €1,436 for one week. A trip for two weeks for two people costs €2,872 in Tenerife. If you're traveling as a family of three or four people, the price person often goes down because kid's tickets are cheaper and hotel rooms can be shared. If you travel slower over a longer period of time then your daily budget will also go down. Two people traveling together for one month in Tenerife can often have a lower daily budget per person than one person traveling alone for one week.


How expensive is Tenerife? How much money do I need for Tenerife?

How much does a trip to Tenerife cost? Is Tenerife expensive? The average Tenerife trip cost is broken down by category here. All of these Tenerife prices are calculated from the budgets of real travelers.

Find a hostel, guesthouse, or B&B in Tenerife

How much does it cost to go to Tenerife? Naturally, it depends on the dates. We recommend SkyScanner because they can find the best deals across all airlines.

The price of renting a car in Tenerife will depends on dates, the type of car, the location, and your age. We recommend SkyScanner because they can find the best deals across all car rental companies.

Tenerife On a Budget

Tenerife Coastline, Spain
European tourists have long known Tenerife as a top vacation destination. Amazing beaches and a booming nightlife bring in visitors to the largest of the Canary Islands all the way from England, Germany and Spain - particularly during the Easter holiday. Now the rest of the world is catching up. It's not just a spot for spring breakers looking for a party - it is full of mountains, volcanoes and forests ready for exploring.

For the best view of the whole island, you'll want to head to the El Teide volcano. Once you arrive, there is a cable car that will take you most of the way up the volcano. To climb to the top you need to get special permission from the National Park Office in Santa Cruz. If you can get that permission, the view is simply stunning. If you plan to do it by foot, you'll start 2,200 meters above sea level at the base of Montana Blanca. Beware that the low oxygen levels and steep pathways make it challenging for even people in great shape.

If you decide to rent a car during your stay in Tenerife, there are some wonderful paths to drive. The long, winding mountain roads have some breathtaking scenery, but be careful if you're not an experienced driver. Some of the most narrow, but beautiful roads lead to Masca village in the north.

And of course there are always the beaches. Playas Americas Beach is covered in black volcanic sand. While this is a novelty, the black sand can get hotter than the imported yellow sand of Los Cristianos.

The south side of the island is where you'll find the younger tourists. It's like summer year round on the south side of Tenerife - no wind and a beach day every day. January and February do see a few cool weather days, but in Tenerife that just means wrapping a scarf around your waist.

The north side of the island is where you'll find the lush, green forests and local culture. The weather fluctuates a bit more, but you'll get more of that Spanish springtime feeling.

In the heart of the island is Spain's tallest peak, the volcano El Teide. Over 3,000 meters above sea level, this active volcano provides a really great view of the island. Keep in mind, though, special permission is required to climb to the top.

Tenerife is a haven for hikers and bikers. There are beautiful routes for nature enthusiasts of every experience level - from strolls to intense terrain. There are plenty of places to rent a bike should you want to avoid the hassle of bringing your own. In fact, due to its warmer climate, Tenerife is becoming a popular winter spot for cyclists. While much of Europe is covered in snow, sleet and mud, the island is ready and welcoming. Riding through black sand beaches and lava fields makes for some interesting winter scenery for sure.

While there is plenty to discover in Tenerife's lush forests, there's another world to discover just below the surface of the sea. Several dive operations make this a top destination for scuba divers. The best part is the waters are dive ready all year round. There is no shortage of sights, for example, you can swim around the harbor wall in Puerto de la Cruz to see the volcanic rock formations.

The local cuisine is largely centered around seafood. Many restaurants will have a variety of hand caught fish on their menu. Other specialty dishes include black potatoes called papas arrugadas, tortillas, paella, and the traditional Spanish tapas.

In areas with high tourist populations you'll find many menus available in several languages. There are also plenty of Chinese restaurants and fast food places for those looking for the comforts of home.

Your best bet for discovering the hidden gems of this island is to hire a car. You'll be able to go at your own pace and schedule, and new roads around the island are being built all the time.

TITSA buses also cover the majority of the island and run fairly frequently. They are pretty easy to use, but beware the morning traffic heading into Santa Cruz. 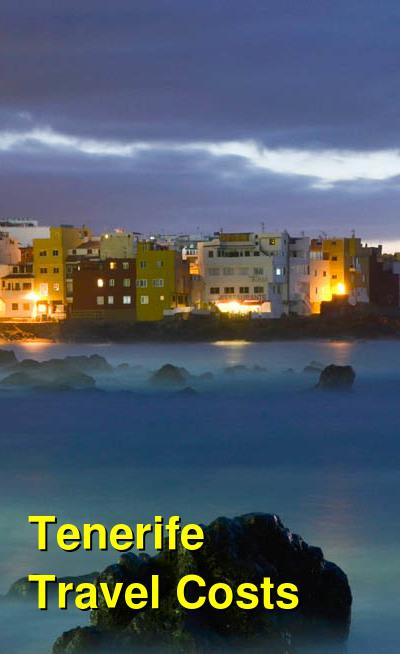