How much does it cost to travel to Hangzhou?

How much money will you need for your trip to Hangzhou? You should plan to spend around ¥219 ($34) per day on your vacation in Hangzhou, which is the average daily price based on the expenses of other visitors. Past travelers have spent, on average, ¥35 ($5.36) on meals for one day and ¥2.50 ($0.38) on local transportation. Also, the average hotel price in Hangzhou for a couple is ¥189 ($29). So, a trip to Hangzhou for two people for one week costs on average ¥3,072 ($470). All of these average travel prices have been collected from other travelers to help you plan your own travel budget.

A vacation to Hangzhou for one week usually costs around ¥1,536 for one person. So, a trip to Hangzhou for two people costs around ¥3,072 for one week. A trip for two weeks for two people costs ¥6,144 in Hangzhou. If you're traveling as a family of three or four people, the price person often goes down because kid's tickets are cheaper and hotel rooms can be shared. If you travel slower over a longer period of time then your daily budget will also go down. Two people traveling together for one month in Hangzhou can often have a lower daily budget per person than one person traveling alone for one week.


How expensive is Hangzhou? How much money do I need for Hangzhou?

How much does a trip to Hangzhou cost? Is Hangzhou expensive? The average Hangzhou trip cost is broken down by category here. All of these Hangzhou prices are calculated from the budgets of real travelers.

How much do vacation rentals cost in Hangzhou? Prices vary by location, date, size of the place, and the level of luxury. See below for options.

What did other people spend on Food in Hangzhou?

Typical prices for Food in Hangzhou are listed below. These actual costs are from real travelers and can give you an idea of the prices in Hangzhou, but your costs will vary based on your travel style.

How much does it cost to go to Hangzhou? Naturally, it depends on the dates. We recommend SkyScanner because they can find the best deals across all airlines.

The price of renting a car in Hangzhou will depends on dates, the type of car, the location, and your age. We recommend SkyScanner because they can find the best deals across all car rental companies.

What did other people spend on Transportation in Hangzhou?

Typical prices for Transportation in Hangzhou are listed below. These actual costs are from real travelers and can give you an idea of the prices in Hangzhou, but your costs will vary based on your travel style.

The Best Hostels in Hangzhou, China for Backpackers, Couples, and GroupsShanghaiChongqingChengduGuangzhouNanjing

Hangzhou On a Budget

Hangzhou, China
Hangzhou is a city in Eastern China, about an hour by train from Shanghai, renowned for its historic relics and natural beauty. Each year it attracts more than 20 million tourists who come to see what the city has to offer. Set amongst the natural scenery of lakes and mountains, Hangzhou is modern city that coexists with the old. Historic pagodas and cultural sites built around the central lake sit like they belong amidst the skyscrapers and bustling markets of today.

The big eye-catcher of Hangzhou is, by far, West Lake. Covering an area of about 2.5 square miles, the lake is surrounded by mountains on three sides. Because of its beauty and grandeur, West Lake has become a setting for many local legends. Whether you choose to watch the autumn moon glimmer on its surface, look for orioles singing in the willows, view fish in the flower pond, or appreciate its snow-covered bridges in winter, West Lake is a backdrop of natural beauty from all kinds of perspectives. The mountains add to the allure on a misty day, while surrounding structures like the The Leifeng Pagoda pay homage to the region's historical merit. From the top of the pagoda, visitors can capture a panoramic view of the lake below. The lake and its neighboring park areas are also host to shows and performances like the Impression West Lake Show in the Yuehu Lake Scenic Area, showcasing ancient folklore through dance and music.

The city itself is a hub for shopping and dining. It has become a commercial center with markets selling specialties like silks and satins, Hangzhou Longjing Tea (Dragon Well Tea), and other local handicrafts like parasols and fans. Qinghefang Street, one of the most famous historic streets in the city, reflects features of the Southern Song Dynasty with preserved buildings as a backdrop for the bustling atmosphere. The true commercial center, however, lies along Yanan Road which is home to many public buildings, mansions, theatres, department stores, and restaurants.

As far as cultural neighborhoods go, there are many ancient villages dotted throughout the region. Wuzhen Water Town, for example, boasts more than six thousand years of history and has always been a fertile land with abundant rice, fish and silk. 50 miles from the city, Wuzhen is set amongst picturesque scenery of wandering rivers. The charming town also has many shops, museums, and restaurants. Xitang Water Town is another famous village with a long history and cultural charm.

Beyond shopping, dining, and sight-seeing, Hangzhou is a city of culture and history. The Six Harmonies Pagoda, Grand Canal, and Tomb of General Yue Fei are just a few more of the city's most popular attractions. All three are located within the vicinity of West Lake, surrounded by the beauty of mountains and waterways. One could also spend an entire week of exploring museums with the collections that Hangzhou has to offer. Some of these include the China National Silk Museum, National Tea Museum, Southern Song Dynasty Kiln Museum, Traditional Chinese Medicine Museum, and the Zhejiang Provincial Museum. If that doesn't satisfy your cultural palette, there are many traditional villages throughout the region that put on cultural performances, serve local cuisine, and sell ethnic handicrafts. The Hengdian World Studios is also a neat place to see as it is the largest film studio in Asia, and the largest film and television series theme park in China.

Though the Hangzhou dining scene consists of a mix of local cuisine, western fare, and eats from other parts of China there are some specialties native to the people of Hangzhou. Some of these include West Lake Fish in Vinegar Gravy, Braised Dong Po Pork, Beggar's Chicken, and Fried Shrimps with Long Jing Tea Leaves. Hangzhou also boasts a variety of local snacks like steamed stuffed buns, noodles with seafood, shrimp wontons, and smoked fish. Snack Streets are very popular for visitors to frequent, the most famous being He Fang Jie (Qing He Fang). Not only does this street feature some of the best ethnic food, but also teahouses, restaurants, antiques, and handicrafts. Some other great sources for dining include Hedong Road Snack Street, Jingzhou Road Snack Street, Gaoyin Street, Jin Jiang Seafood Snack Street, and Baochu Road Snack Street.

The nearest airport is Xiaoshan International Airport located about 17 miles (27km) from the downtown. It mainly serves Hangzhou and nearby cities like Huzhou, Shaoxing, Jiaxing, and Zhuji. Besides Hong Kong, Macau and Taipei, the international destinations include Singapore, Souel, Amsterdam, Pattaya, Phuket Island, Osaka, Tokyo, and Chiengmai. Domestic air routes to and from Beijing, Chengdu, Jiuzhaigou, Guangzhou, Guilin, Xian, Kunming, Lhasa, and Xiamen are also available. 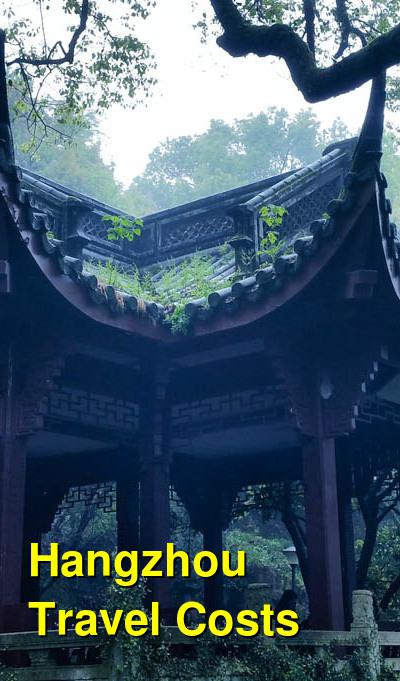