How much does it cost to travel to Nanchang?

How much money will you need for your trip to Nanchang? You should plan to spend around ¥336 ($50) per day on your vacation in Nanchang, which is the average daily price based on the expenses of other visitors. Past travelers have spent, on average, ¥186 ($28) on meals for one day and ¥62 ($9.22) on local transportation. Also, the average hotel price in Nanchang for a couple is ¥226 ($34). So, a trip to Nanchang for two people for one week costs on average ¥4,709 ($704). All of these average travel prices have been collected from other travelers to help you plan your own travel budget.

A vacation to Nanchang for one week usually costs around ¥2,354 for one person. So, a trip to Nanchang for two people costs around ¥4,709 for one week. A trip for two weeks for two people costs ¥9,417 in Nanchang. If you're traveling as a family of three or four people, the price person often goes down because kid's tickets are cheaper and hotel rooms can be shared. If you travel slower over a longer period of time then your daily budget will also go down. Two people traveling together for one month in Nanchang can often have a lower daily budget per person than one person traveling alone for one week.


How expensive is Nanchang? How much money do I need for Nanchang?

How much does a trip to Nanchang cost? Is Nanchang expensive? The average Nanchang trip cost is broken down by category here. All of these Nanchang prices are calculated from the budgets of real travelers.

How much do vacation rentals cost in Nanchang? Prices vary by location, date, size of the place, and the level of luxury. See below for options.

How much does it cost to go to Nanchang? Naturally, it depends on the dates. We recommend Kayak because they can find the best deals across all airlines.

The price of renting a car in Nanchang will depends on dates, the type of car, the location, and your age. We recommend Kayak because they can find the best deals across all car rental companies.

The Best Hostels in Nanchang for Backpackers, Couples, and Solo TravelersJingdezhenWuyuanShanghaiChongqingChengdu

Nanchang On a Budget 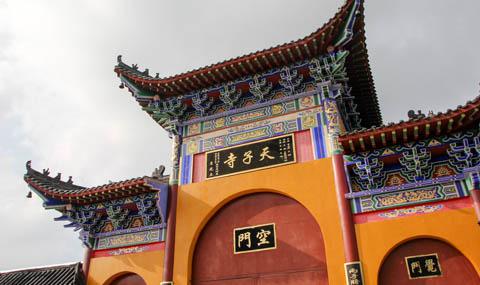 Nanchang, China
Capital of Jiangxi Province, Nanchang is a city of southern China with a significant history. Landmarks like the Tengwang Pavilion represent the city's distant past, while its nickname - "the city of Heroes" - comes from the 1927 Nanchang Uprising when the Communist Party began. Today the city serves as a center for politics, economy, culture, science, education, commerce, and transportation.

The Tengwang Pavilion, located on the east bank of the Gan River, was first built in 653 and is known today as one of "the Four Great Towers of China." Also called The Pavilion of Prince Teng, the building's main architectural structure is in Song dynasty wooden style with nine floors total. Beyond its decor, other features of the pavilion include period music performances and displays of reconstructed ancient instruments.

The Nanchang Uprising of 1927 which led to the formation of modern China in 1949 is commemorated in the city center with Bayi Square and Memorial. Other iconic sights include the People's Park in downtown Nanchang and the Star of Nanchang (the world's tallest ferris wheel until 2008).

Just outside of Nanchang, there are a number of other worthwhile attractions. Lushan National Park provides access to beautiful views with natural scenery and cultural heritages. Dragon and Tiger Mountain also features views from above, while Poyang Lake allows for another kind of peace as the largest freshwater lake in China.

Nanchang, bordering Poyang Lake in the southwest, lies in the middle and lower reaches of the Yangtze River. While the city is mostly modern, it has retained much of the feel of an old China with private venders lining the streets selling just about anything, tons of street food, and a variety of odd entertainers. As the capital city of Jiangxi Province, Nanchang has always been a thriving commercial hub. The major shopping streets in Nanchang are Fuzhou Road, Zhongshan Road (Nanchang's traditional commercial center), Shengli Road, Minde Road (featuring mostly tea and other products and wares), Xiangshan Road, and Bayi Avenue. In addition, there are some famous traditional shopping streets, such as Wanshou Palace Street and Lady Street, which feature inexpensive goods. As far as location for food goes, Ruzi Road is the most popular food street in Nanchang. There are a number of restaurants that cater to different budgets and tastes.

As far as activities go, there are a number of landmarks to check off the sight-seeing list (see "Sights" section), which can be explored on foot, via public transportation, or even by rented bicycle. In addition, visitors indulge in the local food and culture as well as shopping with opportunities in a number of department stores, shopping centers, markets, and squares.

If you prefer to escape from the bustle of the city, take a break in the gardens of People's Park in Nanchang's urban center, or retreat to the natural wonders to be had just outside of the city. Take a hike through the peaks of Lushan National Park and experience enchanting ravines, waterfalls, and grottoes-or take in the tranquil beauty of Poyang Lake, and see its abundant aquatic life from a raft or sailboat.

Food of the Jiangxi Province is often referred to as Gan cuisine or Gong cuisine. As with most of China, the chili pepper is a favorite vegetable and is used to make dishes very spicy. Unlike much of China, however, the province rarely ever serves cold or raw dishes. Part of the reason for this absence is because Jiangxi cooking often uses tea oil (which can cause stomach problems if consumed uncooked). In fact, tea oil is almost used exclusively in Jiangxi cuisine with the exception of rapeseed oil. Other common ingredients include fermented black beans (douchi) and beancurd, more commonly known as tofu. Tofu is usually served fried during Chinese New Year celebrations. The province is also known for its freshwater fish banquets, due to its proximity to freshwater lakes and rivers like Poyang Lake, the biggest freshwater lake in China, which merges into the Yangtze River.

Nanchang Airport, located about 11 miles from the city center, is the largest airport in Jiangxi Province. More than 20 airlines operate 25 routes to important domestic cities such as Beijing, Shanghai, Guangzhou, Shenzhen, Chengdu and Xiamen, as well as some international air routes. The airport has shuttles and buses to a few nearby cities.

There are also a number of stations for long distance and city buses. Bicycle rentals are also available to navigate the city.