How much does it cost to travel to Shenzhen?

How much money will you need for your trip to Shenzhen? You should plan to spend around ¥1,301 ($199) per day on your vacation in Shenzhen, which is the average daily price based on the expenses of other visitors. Past travelers have spent, on average, ¥107 ($16) on meals for one day and ¥16 ($2.52) on local transportation. Also, the average hotel price in Shenzhen for a couple is ¥2,335 ($357). So, a trip to Shenzhen for two people for one week costs on average ¥18,215 ($2,788). All of these average travel prices have been collected from other travelers to help you plan your own travel budget.

A vacation to Shenzhen for one week usually costs around ¥9,108 for one person. So, a trip to Shenzhen for two people costs around ¥18,215 for one week. A trip for two weeks for two people costs ¥36,431 in Shenzhen. If you're traveling as a family of three or four people, the price person often goes down because kid's tickets are cheaper and hotel rooms can be shared. If you travel slower over a longer period of time then your daily budget will also go down. Two people traveling together for one month in Shenzhen can often have a lower daily budget per person than one person traveling alone for one week.


How expensive is Shenzhen? How much money do I need for Shenzhen?

How much does a trip to Shenzhen cost? Is Shenzhen expensive? The average Shenzhen trip cost is broken down by category here. All of these Shenzhen prices are calculated from the budgets of real travelers.

Find a hostel, guesthouse, or B&B in Shenzhen

How much does it cost to go to Shenzhen? Naturally, it depends on the dates. We recommend SkyScanner because they can find the best deals across all airlines.

The price of renting a car in Shenzhen will depends on dates, the type of car, the location, and your age. We recommend SkyScanner because they can find the best deals across all car rental companies.

Tips and Handouts Budget in Shenzhen

Shenzhen On a Budget

Shenzhen
Located in the Guangdong Province of southeastern China, Shenzhen is a metropolis that connects Hong Kong to China's mainland. It is one of China's most populous cities, inhabited by vast array of people from other Chinese regions.  It is perhaps best known for it shopping, collection of amusement parks, green parks, museums and galleries, and a few historic sites. It is on UNESCO's Creative Cities list.

Shenzhen is largely defined by its theme parks, visited by locals and international tourists alike. Window of the World, a theme-park near Shenzhen Bay, is one such highlight, showcasing miniature versions of more than 130 world famous sites from each of the five continents. There is even a park featuring replicas of China's greatest landmarks at Splendid China: China Folk Culture Villages.  The park additionally offers unique insight into the cultures of many Chinese ethnic groups. Happy Valley is probably the largest of the parks, featuring themed areas like Spanish Square, Cartoon City, Mt. Adventure, Gold Mine Town, Shangri-la Woods, Sunshine Beach, Typhoon Bay, Playa Maya Water Park, and Happy Times.  Other amusement areas include Minsk World, Overseas China Town East, and Sea World Shekou China.

Shenzhen is a modern financial and commercial metropolis, largely distinguished by its shopping zones. Dongmen Pedestrian Street is perhaps the most popular, featuring many kinds of shops, restaurants, and cinemas. Nanshan, Renmin Nan, and Shen Nan Zhong are also shopping zones with their own unique characteristics. Another hotspot for visitors is the Overseas China Town, a development in the Yantian District that showcases theme parks, theme towns, golf courses, and theme hotels. Chung Ying street-translating from the Cantonese to "China England"-is especially popular here.  Located on the border between mainland China and Hong Kong, this street has always been a hub for tourists.  Besides tax-free shopping, Chung Ying street also features boundary monuments, a historical museum, warning bell, ancient well, and banyan tree.

Many people visit Shenzhen for its shopping opportunities and amusement parks. Sightseeing and enjoying the parks can occupy an entire trip, however, there are a few additional activities worth consideration.  Dafen Oil Painting Village, for example, offers a unique opportunity to buy oil paintings, watercolors, and embroidered paintings. He Xiangning Art Museum displays exhibits of modern art, while Shenzhen Museum features artifacts important to local history and culture.  Significant religious structures include places like Hong Fa Buddhist Temple, Chiwan Tin Hau Temple, and Dongshan Monastery, while nearby historic sites include Tomb of the Young Song Emperor, Xin’an (Nantou) Ancient City, and Dapeng Ancient Fort.  Shenzhen also has plenty of opportunities for experiencing local performing arts at a theater or concert hall, as well as establishments that specialize in spa and massage.

As a migrant city, the cuisine of Shenzhen reflects just about every region of China. The locals enjoy a vast range of dishes, including the hot and spicy specialties of Sichuan Province, preserved ham of Hunan Province, cold dishes of northeast China, recurrent Cantonese meals, and even international selections with both Japanese and Thai restaurants. The people of Shenzhen also participate in a tradition that involves the drinking of morning tea along with dim sum, which is a style of Chinese cuisine prepared as small bite-sized portions of food served in small steamer baskets or on small plates. Dim sum and tea are also served during lunch hours. Beyond these Chinese specialties, there are some restaurants that offer Western fare as well. 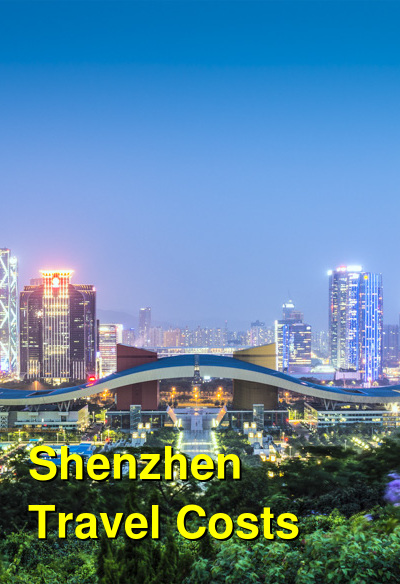