How much does it cost to travel to Nanjing?

How much money will you need for your trip to Nanjing? You should plan to spend around ¥554 ($82) per day on your vacation in Nanjing, which is the average daily price based on the expenses of other visitors. Past travelers have spent, on average, ¥162 ($24) on meals for one day and ¥222 ($33) on local transportation. Also, the average hotel price in Nanjing for a couple is ¥535 ($79). So, a trip to Nanjing for two people for one week costs on average ¥7,756 ($1,143). All of these average travel prices have been collected from other travelers to help you plan your own travel budget.

A vacation to Nanjing for one week usually costs around ¥3,878 for one person. So, a trip to Nanjing for two people costs around ¥7,756 for one week. A trip for two weeks for two people costs ¥15,512 in Nanjing. If you're traveling as a family of three or four people, the price person often goes down because kid's tickets are cheaper and hotel rooms can be shared. If you travel slower over a longer period of time then your daily budget will also go down. Two people traveling together for one month in Nanjing can often have a lower daily budget per person than one person traveling alone for one week.


How expensive is Nanjing? How much money do I need for Nanjing?

How much does a trip to Nanjing cost? Is Nanjing expensive? The average Nanjing trip cost is broken down by category here. All of these Nanjing prices are calculated from the budgets of real travelers.

Looking for a hotel in Nanjing? Prices vary by location, date, season, and the level of luxury. See below for options.

How much does it cost to go to Nanjing? Naturally, it depends on the dates. We recommend Kayak because they can find the best deals across all airlines.

The price of renting a car in Nanjing will depends on dates, the type of car, the location, and your age. We recommend Kayak because they can find the best deals across all car rental companies.

The Best Backpacker Hostels in Nanjing, China for Solo Travelers and CouplesSuzhouShanghaiChongqingChengduGuangzhou

Nanjing On a Budget 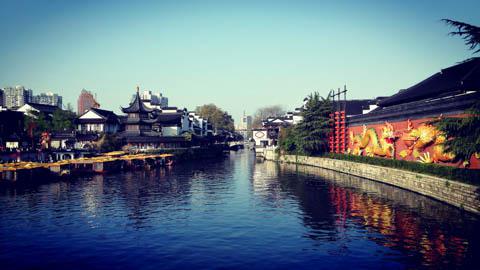 Nanjing, China
Nanjing is the capital city of the Jiangsu Province on the central eastern coast of China, just north of Shanghai. This historically and culturally rich city lies at the lower end of the Yangtze river, resulting in lush and scenic landscapes. Nanjing is well-known for having many popular historical sites, some of which have been listed as UNESCO World Heritage sites.

Nanjing experiences hot, humid, and rainy summers that often reach 90 degrees Fahrenheit. The best time to visit tends to be in Autumn when temperatures cool to the 60's and are much dryer than summer months.

There's no shortage of sights to see in Nanjing, with everything from ancient tombs to presidential palaces, and much more. One of the most popular sights are the Ruins of the Ming Dynasty Imperial Palace which was built in 1366 by the first Ming Emperor. While it was destroyed in the Qing Dynasty, there are still fragments of the bridges, arches, and even megaliths with ancient carvings on them.

Head over to the Gate of China, which is actually a series of gates that allow entrance through the old city wall. The southern gate area has the best preserved parts of the wall while the main gate area has exhibits and scale models of the old town. From here, take a walk along the Qin Huai River, which is considered to be the life blood of the city. From the river, you can catch views of the Confucius Temple, Zhanyuan Gardens, and Zhonghua Gate.

As there are so many things to see in Nanjing, it is well worth purchasing a city pass that allows you free entry into 21 locations. Passes can be purchased at various tourist centers or online.

Nanjing is divided into six districts, some of which are more intriguing to tourists than others:

Xuanwu: The old eastern district within the city wall and acts as the center of the ancient culture of Nanjing.

Gulou: Makes up the north and west parts of the old city where you'll find many of the major hotels.

Xiaguan: Known as the northern gate of the city and is predominately residential

Baixia: This is the shopping and business center of the city


Qinhuai: Located along the Qinhuai River, this district is famous for being home to the Confucius Temple

Jianye: Considered to be the new city center with a large science and technology park

Take in the natural beauty of Nanjing with a hike and tour on the Purple Mountain. The mountain is scattered with ancient tombs, including those of a few important emperors such as Ming Xiaoling and Sun Quan. The Ming Xiaoling Mausoleum is a UNESCO World Heritage Site and one of the most popular sites on the mountain. There are 9 parks throughout the mountain, so if you plan to visit 3 or more, it is worth purchasing a Purple Mountain Pass to get you into the parks at a discount.

You can find many of these specialties in the some of the smaller restaurants scattered about the city. Nanjing has an interesting mix of restaurants, ranging from classic Chinese to French and Italian.

Nanjing is known for their nightlife, with countless bars and clubs to explore. The 1912 district has the majority of clubs while the Shanghai Lu college area has more pubs and bars.

Nanjing has an international airport with buses and subways making it easy to get from the airport to the city center. Buses, trains, and even Yangtze River boats are also great options for getting into the city.

It is fairly easy to get around via bus or subway; you can purchase a IC-tong pass from the bus terminals to save money on fares and easily move about. Taxis are a popular option, although be sure to have them turn the meter on and have the address of your destination written down in Mandarin.