A Travel Comparison for Vacations, Honeymoons, and Tours France vs. Belgium

Should you visit France or Belgium?

France is one of the most popular travel destinations in Western Europe and Belgium continues to grow in popularity. Each country has its own unique offerings and makes a great place to visit while you're in Europe. Belgium is significantly smaller the France, so if you're short on time or don't want to travel to many different destinations, then Belgium is a good option. It's also relatively easy to integrate a trip to Belgium in to a trip to other parts of Europe. One great perk about visiting Belgium is that you can pick one base, and explore the country with several great day trips. The transportation network is excellent and if you don't want to spend a lot of time packing and unpacking, this is the way to go.

France is a significantly larger country with a lot to offer visitors. If you have a lot more time, then a trip to France is a great option. Alternatively, you could easily fill a week in Paris alone.

In general, Belgium is less expensive than France. It's a great place to spend some time and is often overlooked, or rushed through during trips to Europe.

Which country is cheaper, Belgium or France?

Should I visit France or Belgium? This is a popular question for many travelers. By figuring out which country is more expensive, you'll understand where you'll get more bang for your buck. A week in Belgium can cost you about €795 (per person), while a week in France may cost you around €1,302. These differences become even more noticable if you plan to spend a longer time in the country. 10 days, two weeks, or even one month of travel to Belgium or France can really add to your travel budget.

When comparing food in France vs. Belgium they are not just different in cuisine, but also in price. Meal and restaurant costs in France (€33) are often cheaper than Belgium (€34).


How much are flights to France and Belgium?


Find a Hostel in France or Belgium

When is the best time to visit France and Belgium? 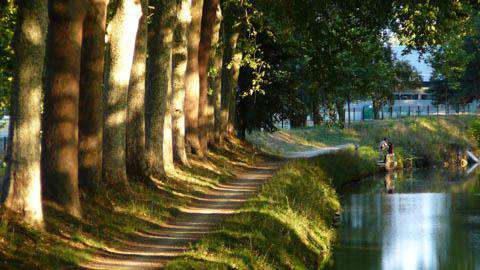 Toulouse, France
Belgium is a great country to visit anytime between April and October. There are a variety of music festivals during this time and the weather is quite pleasant. The crowds usually peak during the months of July and August, which is also when the prices are the highest.

France is also beautiful during these times with spring and fall being a great time to visit if you wish to avoid the crowds. In general, it has become a bit more difficult to get off season discounts in France for accommodation or tours. Even during the coldest winter months, many hotels are popular with business travelers or tour groups, which can drive up prices. Deals on airline tickets can still be found during these low times.

Why is France more expensive than Belgium?

In general, France is a bit more popular as a tourist destination, which can drive prices up a bit. Paris is one of the most popular cities to visit in Europe, and the prices reflect this. Coastal towns in France are also quite expensive, particularly during the peak summer months. Belgium is a bit less popular with visitors so there are still good deals to be found. It's also possible to base yourself in one place and explore the country with day trips, which can be an affordable way to experience Belgium.

What are the most expensive and cheapest places to visit in Belgium and France?

What are the most expensive and cheapest cities and regions in France and Belgium?

Guildhalls in Grand Place, Brussels
In France, Paris can be a bit more expensive than the countryside, but the coastal areas are also quite expensive, particularly during peak travel months. Prices in Belgium are relatively consistent throughout. It's possible to find affordable hostels in most cities and towns, and there are a variety of restaurants with reasonable options as well. Travel times are also quite short within Belgium, so the cost of traveling between locations is reasonable.

How you can save money when visiting France and Belgium?

It's easy to visit either Belgium or France during the spring or fall when the prices are a bit less and the crowds aren't as intense. If you want to save some money then this is a great time to explore the area.
Belgium can be explored through a series of day trips. Pick a base and then spend some time in nearby towns. This will give you a feel for the country in a shorter amount of time.
Buses are almost always cheaper than trains, so look into all of your transportation options before buying tickets.
Head to a local market and pick up some local produce and cheese. A picnic is a great way to enjoy local specialties without paying for an expensive sit down meal. It also lets you enjoy the atmosphere of the area.
Slow down and take time to really enjoy the cities and towns you're in. Exploring less places in more detail will give you a feel for the area and also save you money, because you'll spend less money on transportation. 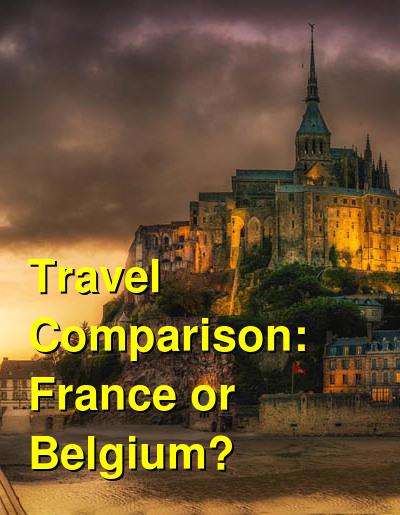