How much does it cost to travel to Caen?

How much money will you need for your trip to Caen? You should plan to spend around €98 ($104) per day on your vacation in Caen, which is the average daily price based on the expenses of other visitors. Past travelers have spent, on average, €32 ($34) on meals for one day and €28 ($30) on local transportation. Also, the average hotel price in Caen for a couple is €97 ($102). So, a trip to Caen for two people for one week costs on average €1,377 ($1,454). All of these average travel prices have been collected from other travelers to help you plan your own travel budget.

A vacation to Caen for one week usually costs around €688 for one person. So, a trip to Caen for two people costs around €1,377 for one week. A trip for two weeks for two people costs €2,754 in Caen. If you're traveling as a family of three or four people, the price person often goes down because kid's tickets are cheaper and hotel rooms can be shared. If you travel slower over a longer period of time then your daily budget will also go down. Two people traveling together for one month in Caen can often have a lower daily budget per person than one person traveling alone for one week.


How expensive is Caen? How much money do I need for Caen?

How much does a trip to Caen cost? Is Caen expensive? The average Caen trip cost is broken down by category here. All of these Caen prices are calculated from the budgets of real travelers.

How much do vacation rentals cost in Caen? Prices vary by location, date, size of the place, and the level of luxury. See below for options.

How much does it cost to go to Caen? Naturally, it depends on the dates. We recommend Kayak because they can find the best deals across all airlines.

The price of renting a car in Caen will depends on dates, the type of car, the location, and your age. We recommend Kayak because they can find the best deals across all car rental companies.

Caen On a Budget 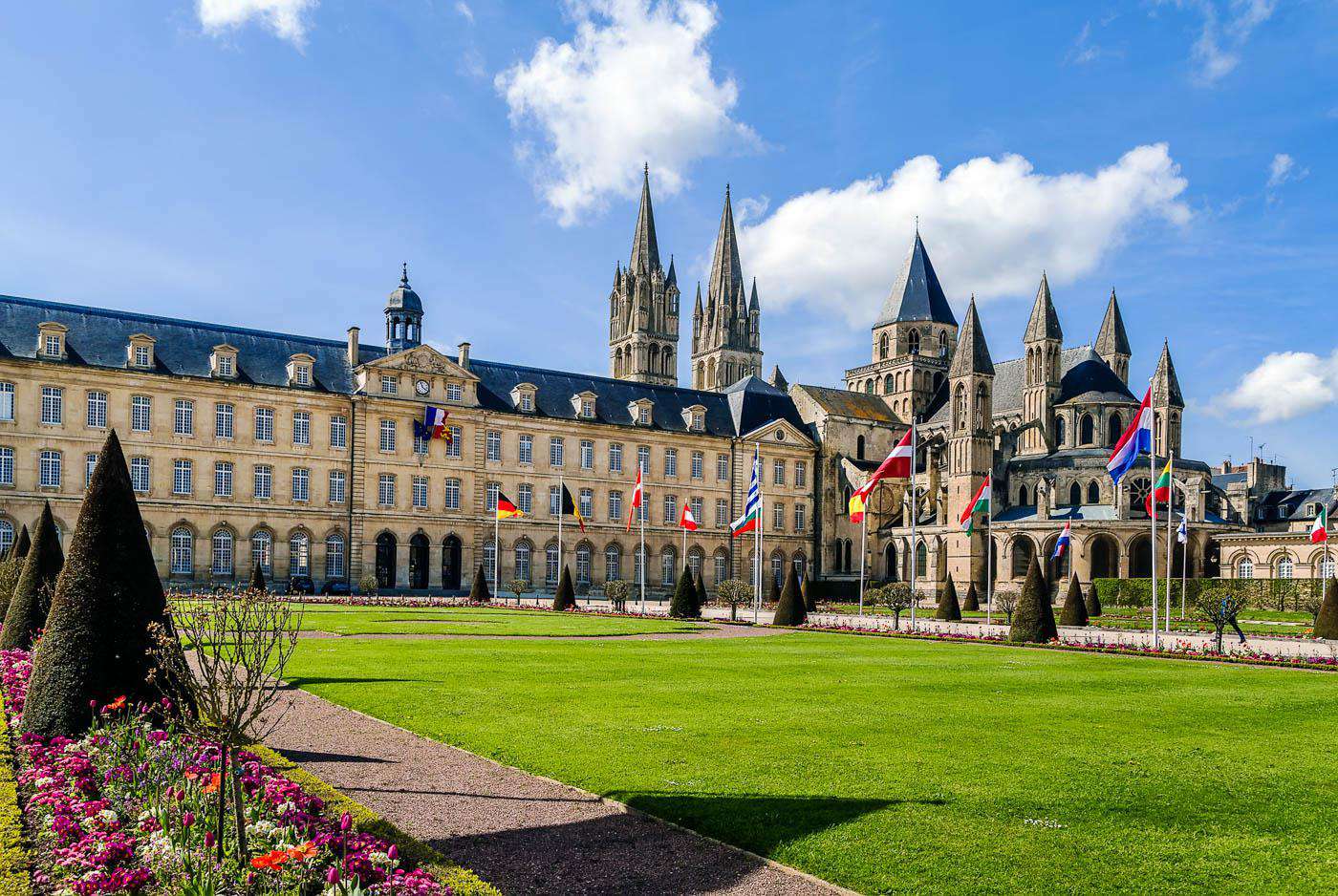 Caen, France
Caen is a city in France on the coast in the Calvados department of Lower Normandy. Caen is known for its historical buildings built during the reign of William the Conqueror, who was buried there. The town was destroyed almost completely in 1944 during WWII and it is a remarkable achievement that Caen has kept so many of its historical monuments given the terrible battle that besieged the town following the Normandy beach landings. After the war the town passed through 15 years of reconstruction, and continued to improve afterwards. In recent years the town has made further significant efforts and Caen now has an attractive, carefully restored, historic center. The city has also preserved the memory of its past by erecting a memorial and a museum dedicated to peace, the Memorial de Caen. The city is often considered the archetype of Normandy.

The Chateau Ducal is a great place to start your visit. This castle was built by William the Conqueror to house and protect his residential palace. The castle was destroyed in the war but the massive and impressive ramparts remain. These provide great views of the city and are a popular place to relax as well as to visit the Towers which remain. From the ramparts you also have excellent views of the fourteenth century church of St Pierre, parts of which survived the war and some of which has been reconstructed.

Down below the ramparts the main town lies in between the superb Abbaye aux Hommes on one side and the impressive Abbaye aux Dames on the other. The Abbaye Aux Hommes is a really beautiful building and incorporates the Abbey of St Etienne where much of the town sought shelter during the 1944 bombings. Miraculously the church suffered little damage. Some of the abbey buildings are now used as Caen Town Hall.

The main neighborhood of interest is the city center, where you will find both the modern city as well as what remains of the old town. Between the Abbaye aux Hommes and the ramparts is the Rue St Pierre, a lively pedestrian street of attractive buildings and good shops that crosses the heart of Caen. Rue Ecuyere and Rue St Saveur and other streets nearby are also worth a stroll. Also in the centre you can explore the 'old' Vaugueux Quarter, affectionately known as little Monmartre. There are also many parks and gardens in and near the center of Caen, including the nicely maintained Jardin des Plants next to Place Blot.

On the edge of the town center, the Caen Memorial is quite a recent addition to the town and is a very impressive museum that explains the history of war in the region during the 20th century. Exhibits and displays help explain both world wars including the Normandy landings and the battle for Normandy as well as the Nazi genocide and the Cold War.

In the summer Caen's pleasure port, which is close to the Abbaye aux Dames, is a lively place with lots of cafes and restaurants. Caen has a market every Friday that takes place along the Fosses St Julien near the Ducal Castle. There is also a Sunday market in the Place Courtonne.

Caen's main specialty dishes are those of the Normandy region such as Agneau de pre-sale (meadow salted lamb), Teurgoule (rice pudding with milk and cinnamon), and A la Normandie/Vallee d'Aguge (poultry of Normandy). A few restaurants to watch for include: Abracadabra, if you're in the mood for Pizza; A Contre Sens, for something with a little modern twist; and Le Bistro 102, if you want to try some of the local cuisine.

Caen does have a small airport that accepts regional flights and has regular flights in and out of Lyon, but the closest international airport is in Paris. Caen once boasted an extensive rail and tram network, but much of it was destroyed and now only the electrified line of Paris-Cherbourg, Caen-Le Mans and Caen-Rennes remain with minimal services. Caen is well connected by motorways, so driving there is possible, and it is a port city on the English Channel so ferries are also possible from some destinations. Caen has a recently built, controversial guided bus system and a very efficient network of city buses.