How much does it cost to travel to Nagano?

A vacation to Nagano for one week usually costs around ¥76,879 for one person. So, a trip to Nagano for two people costs around ¥153,758 for one week. A trip for two weeks for two people costs ¥307,517 in Nagano. If you're traveling as a family of three or four people, the price person often goes down because kid's tickets are cheaper and hotel rooms can be shared. If you travel slower over a longer period of time then your daily budget will also go down. Two people traveling together for one month in Nagano can often have a lower daily budget per person than one person traveling alone for one week.


How expensive is Nagano? How much money do I need for Nagano?

How much does a trip to Nagano cost? Is Nagano expensive? The average Nagano trip cost is broken down by category here. All of these Nagano prices are calculated from the budgets of real travelers.

How much do vacation rentals cost in Nagano? Prices vary by location, date, size of the place, and the level of luxury. See below for options.

How much does it cost to go to Nagano? Naturally, it depends on the dates. We recommend Kayak because they can find the best deals across all airlines.

The price of renting a car in Nagano will depends on dates, the type of car, the location, and your age. We recommend Kayak because they can find the best deals across all car rental companies.

Nagano On a Budget 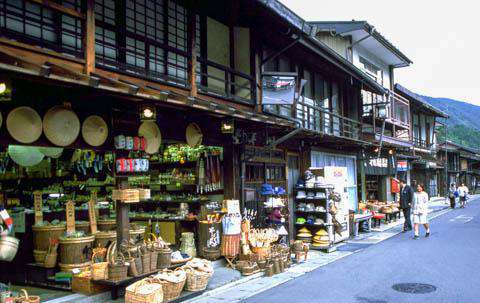 Narai-juku historic town, Nagano, Japan (©Nagano Prefecture/©JNTO)
Nagano city and its surrounding prefecture of Japan is a temple region built around Zenkoji, a 7th century Buddhist temple that overlooks the city. Nagano was also home to the Winter Olympic Games in 1998, with some facilities still existing around town. And then there is the forested mountain Togakushi area to the northwest, which is another draw of Nagano, known for its shrines and status as the home of the Togakure Ninja School.

The Zenkoji Temple is the center of Nagano. It is a major pilgrimage site and stores the first Buddhist statue ever to be brought into Japan when Buddhism was first introduced in the 6th century. The original statue remains hidden within the temple while a copy of it is shown to the public every six years for a few weeks. Zenkoji is also significant because the town of Nagano was built around it. Some of its features include a decorative main hall and dark underground passage to the "key to paradise" which is thought to grant salvation to anyone who touches it. Near the temple there is also the Zenkoji History Museum, the main Sanmon Gate, and the outer Niomon Gate. Just south of Zenkoji's main gate there is also Nishi-no-Mon, a sake brewery with a restaurant, small museum, and shops housed in traditional buildings. Other attractions of the city include the Shinano Art Museum which holds rotating exhibitions of local fine art, and the Olympic facilities remaining from the 1998 Winter Olympics. These include the M-Wave, the Olympic Stadium, the White Ring, and the Big Hat.

Outside of the city, to the forested mountains of the northwest, there is the Togakushi region of Nagano. Here is the home of the Togakushi shrine which consists of a lower, middle, and upper shrine important to Japanese mythology. They are connected both by roads and hiking trails up the mountain's forested slopes with opportunities to see a small waterfall, age old architecture, sacred trees, and a serene pond amidst mountain scenery. The Togakushi area is also home to the Togakure Ninja School, Togakushi Ninpo Museum, and the Kids Ninja Village-a small theme park with ninja related attractions.

The city of Nagano is centered on Zenkoji Temple. Chuo Dori Street is the main thoroughfare that leads up to the temple and is lined with plenty of traditional shop buildings and ryokan, or traditional Japanese hotels. Around the temple itself there are also a number of food stalls and souvenir shops to enjoy amidst the traditional design of the temple and gardens. Another popular hub of activity is Gondo Dori Shopping Street which is full of cafes, restaurants, and shops as well. Beyond Nagano city, there is the Togakushi area known for its shrine and ninja school as well as several mountain towns including Hakuba, Karuizawa, Nozawa, and Shiga Kogen.

Beyond the temples, shrines, Olympic facilities, and attractions of the mountainous Togakushi area, Nagano holds a festival each summer on the first Saturday in August. The festival is called Binzuru and involves a parade of people walking and dancing down the main street all the way down to the Zenkoji Temple to rub a Binzaru statue for luck.

If you seek some relaxation after all of your sightseeing, Nagano is also in the vicinity of some renowned onsen, or bath houses. Kagai Onsen Ichiyoukan has separate long flowing indoor baths for men and women, while Omuro Onsen Makibanoyu has a large outdoor bath with views across the Zenkouji Plain to the Northern Alps.

In the winter, Karuizawa is a popular mountain resort town to visit, while Nozawa Onsen serves as a hot spring and ski resort.

When it comes to food, Nagano is best known for its soba (buckwheat noodles), known as Shinano soba or Shinshu soba. In fact, Togakushi, about an hour by bus in northwest of the city center, is considered to have some of the best soba in Japan. Miso, or fermented bean paste, is also a famous product of the region and staple throughout Japan, as is oyaki which consists of small grilled dough balls filled with vegetables or meat. For the adventurous palette, some of the more unusual specialties include basashi (raw horse meat) and inago (locusts). Bento, a kind of Japanese packed meal, is popular throughout Japan-the local form being the Kamameshi bento. You can find them at train stations, cooked and served in a clay pot. And then there are sweet and juicy Nagano apples, for the prefecture yields the second largest crop in Japan.

The best way to reach Nagano is to first fly into Tokyo to either the Narita or Haneda Airport. By train, Tokyo and Nagano are connected with each other by the Hokuriku Shinkansen. The one way trip takes about 80-100 minutes.

By bus, there are multiple bus companies that operate frequent daytime highway buses between Tokyo and Nagano Station. The trip one way takes about 3.5 hours.