How much does it cost to travel to Huangshan (Yellow Mountain)?

Looking for a hotel in Huangshan (Yellow Mountain)? Prices vary by location, date, season, and the level of luxury. See below for options.

How much does it cost to go to Huangshan (Yellow Mountain)? Naturally, it depends on the dates. We recommend Kayak because they can find the best deals across all airlines.

The price of renting a car in Huangshan (Yellow Mountain) will depends on dates, the type of car, the location, and your age. We recommend Kayak because they can find the best deals across all car rental companies.

What did other people spend on Transportation in Huangshan (Yellow Mountain)?

What did other people spend on Entertainment in Huangshan (Yellow Mountain)?

What did other people spend on Water in Huangshan (Yellow Mountain)?

Huangshan (Yellow Mountain) On a Budget 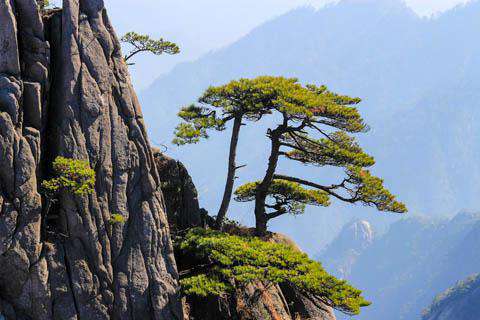 Huangshan (Yellow Mountain)
In the heart of the Anhui Province of China is the stunning Mount Huangshan, or Yellow Mountain. This UNESCO World Heritage Site draws in visitors from around the world to take in the stunning views and conquer a new challenge.

Mount Huangshan is one of the most popular destinations in China. Because of this, most of the towns and regions around it also use the name Huangshan. Even the closest town, Tunxi, has begun going by Huangshan City. Keep this in mind as it could potentially cause some confusion in transit.

The whole of Huangshan has 36 separate peaks rising approximately 1,800 meters into the air. It is often covered in a spiritual-feeling mist that makes the peaks appear to live in the clouds. It has inspired artists for centuries, and is often thought to be the model for the typical mountain ranges seen in ancient Chinese paintings.

The mountain itself serves as the best sightseeing of the whole trip. Stroll along the paths, take photographs and enjoy the breathtaking scenery. Make a full day of it as the sunrise and sunsets are said to be spectacular. If you can stay into the night, the stargazing is a sight to behold. This high up, you're away from the smog, smoke and light pollution, and you can truly see the full sky of stars.

Overnight accommodation is available on top of the mountain, and it is suggested to make reservations. Nice hotels as well as dorm-like budget facilities are available. Most hotels in the Tangkou area or in Tunxi can arrange for accommodation (and tours) if needed.

The mountain is known for its four wonders: the pines, the rocks, the clouds, and the hot springs.

The pine trees on Mount Huangshan are tough and sturdy. They look as thought they have grown straight out of the rocks, and many have been named after their appearanc,e while some have legendary stories behind their names. The Greeting Guest Pine is likely the most famous of the trees â possibly the most famous in the country. The 33-foot tree looks like a man, standing tall and stretching out his hands to guests of the mountain. This image has become iconic in China leading many to hang photos of the tree in their living room or restaurants.

Much like the trees, the rocks have their own names and stories. Flying-Over Rock is the most notable rock on Mount Huangshan. The 39-foot stone leans over a huge ledge, sitting ever so slightly along the edge. It is stunning to see and one wonders how it even stays up.

The clouds and mist surrounding the mountain certainly add an ethereal feeling to the atmosphere. The best time to experience this heavenly appearance is from November to May. Sitting amongst the thousands of peaks in the region are five seas of clouds. They are called North Sea, East Sea, West Sea and the Heavenly Sea sits right in the middle. If you climb to the Celestial Peak, the Lotus Peak or the Bright Top Peak you'll be sure to receive a view of the sea clouds you'll never forget.

Lastly, the hot springs are the best way to relax after all that climbing. These springs were discovered more than a thousand years ago and have been providing soothing and restoring feelings ever since. There is a legend that the Yellow Emperor once bathed in these springs and became younger. So they are now also referred to as the Springs of Youth.

If you are lucky, you may get to see the lesser-known fifth wonder of the Yellow Mountains â Buddha's Light. If everything aligns as it should and you are between the sun and a cloud, then you will see your shadow surrounded by a halo indicating your own enlightenment.

The town of Tunxi is not only a hub of transportation for Huangshan and the Anhui province, but is also a town worth visiting itself. A historic old street stretches through the middle of the town full of shops, restaurants, historic architecture, art galleries, and more. Running a few blocks over from the somewhat scenic river, visitors could spend at least a few hours here, if not a couple of days. Several accommodation options are available, some of which are in charming historic buildings.

Be sure to pack your own snacks and food, as there aren't many spots to replenish on the mountain. You may see a few small grocery stores, and hotels will serve food, but it will all be fairly pricey. It is better to take your own for the day. Stock up in the towns at the base of the mountain, such as Tunxi or Tangkou.

Tangkou has a handful of restaurants and some markets that provide anything you could need.

Tunxi is much larger, and has many options from small markets to larger grocery stores. Restaurants abound in Tunxi as well.

Buses to and from Tunxi or Tangkou are available from all nearby major cities such as Hangzhou, Jinhua, or Wuhan.

From Tunxi, buses run frequently to Tangkou where you can stay the night or begin your hike right away if you're early enough.

The main entrance to Huangshan is near Tangkou in the south. From there it is quite a distance to the mountain paths, though. You can't enter by taxi. The National Express shuttle buses are allowed into the scenic area. They travel from Tangkou to a number of places â either the Mercy Light Temple, the Yuping Cable Car or to the Yungu Cable Car. They run approximately every 20 minutes, with another 20 minutes for travel.

There are no roads, buses or taxis on the mountain due to the steep geography and high cliffs. You can use one of the many cable cars to go to the top and then come back down, although many people choose to walk back down to admire the scenery. The vast majority of the walkways are paved paths complete with handrails. Be ready for some step climbing â there are approximately 60,000 steps on the paths.

If stairs really aren't your thing, there are sedan chairs carried by two porters you can hire. You'll find them along the mountain, but the paths are well maintained and fairly easy for most to tackle.

Although most of the trails are paved, comfortable shoes are recommended. However, don't be surprised to see some local Chinese tourists wearing fancy shoes, as some of the young women even wear high heeled shoes.

By backpackguru
Dorms can be outrageously priced on top of Huangshan Mountain. If you don't mind sharing a dorm with a bunch of Chinese students (they may be loud) consider booking your room in the town at the foot of the mountain. They generally give reasonable prices that are much less than you'll be quoted if you try to make reservations well in advance. Don't into the park and expect the same deal though. It will be hard to find. Instead, book the day before in town.