How much does it cost to travel to Yichang?

How much money will you need for your trip to Yichang? All of these average travel prices have been collected from other travelers to help you plan your own travel budget.

A vacation to Yichang for one week usually costs around ¥0.00 for one person. So, a trip to Yichang for two people costs around ¥0.00 for one week. A trip for two weeks for two people costs ¥0.00 in Yichang. If you're traveling as a family of three or four people, the price person often goes down because kid's tickets are cheaper and hotel rooms can be shared. If you travel slower over a longer period of time then your daily budget will also go down. Two people traveling together for one month in Yichang can often have a lower daily budget per person than one person traveling alone for one week.


How expensive is Yichang? How much money do I need for Yichang?

How much does a trip to Yichang cost? Is Yichang expensive? The average Yichang trip cost is broken down by category here. All of these Yichang prices are calculated from the budgets of real travelers.

Yichang On a Budget 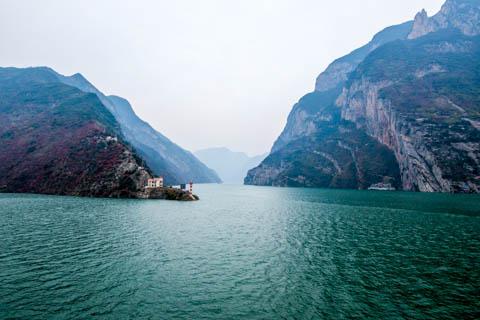 The Yangtze River near Yichang, China
Yichang, China is an ancient city situated on the northern bank of the Yangtze River in central China. The city is located just below the famed Three Gorges Dam and is a popular ending point for many Yangtze River cruises. Yichang offers beautiful natural scenery and ancient relics from the Three Kingdom Period.

Yichang experiences cool, rainy, winters and hot, humid, summers. Temperatures tend to stay in the 40's Fahrenheit during winter and the 80's in the summer. Spring, Summer, and Autumn are fantastic times to visit, although if you prefer to beat the heat, stay away during late summer!

The most popular sight in Yichang is the Three Gorges Dam, which is the largest dam in the world. From the entrance site, a shuttles takes you to Taiziling Park where you're provided dozens of viewing platforms from which to view the dam and watch ships move through the locks. Your ticket also gets you the shuttle to the other side of the dam for even more beautiful views.

You can enjoy more views of the river from the Three Gorges Village, a natural cave and under earth palace. The Three Gorges Village is lesser known to Western tourists and a little off the beaten path, but well worth the trip for the views. Nearby the village is the Three Visitors Cave and Park, another spot to view the river. Here, you'll find stone engraved poetry on the cave walls as well as ancient military defense walls. Once you've gotten your fill of river views, head over to ChangBanPo, a famous ancient battlefield. The battlefield dates back to the Three Kingdoms Period of China when the Battle of Changban took place back in 208 CE.

Yichang is a decent sized city, with a total population of about 4 million. About 1.5 million citizens live in the urban center of Yichang, while the remaining 2.5 million are in the suburbs of the city. The main urban, and tourist, districts are:

Yiling District which is where you'll find the Three Gorges Dam.

Xiling District which makes up a main part of the city center.

Wuijiagang and Dianjun Districts which are a mix of the urban city center and some residential areas.

Outside of the city center is the city of Dangyang, which is famous for being a strategic military site during ancient wars. You'll find relics here from the Warring States Period as well as the Three Kingdoms Period. Near Yichang is the city of Zhangjiajie, famous for being a UNESCO World Heritage Site thanks to the stunning Zhangjiajie National Forest Park. While staying in Yichang, take a day trip via train to the Zhangjiajie area for a day of hiking and exploring.

A great way to explore the area is to take a river cruise along the Yangtze River. Cruise options range from short excursions to three night tours that take you to major sights and attractions. There is a wide variety of tour boat operators, with the most popular being the Dragon Cruisers company.

You can also go for a hike through Chaibuxi National Forest Park. There are a variety of trails to explore along with waterfalls and caves scattered throughout the park. Or, take a tour through the Chexi Folk Scenic Area located in the Dianjun District. The area is fantastic for exploring, from the Bachu Gutu Garden to the Tianlong Grotto, you can spend an entire day walking through the area. You may even catch a traditional Tujia ethnic folk song and dance or be able to see some of the ancient workshops in action!

Yichang has a Chongqing cuisine, meaning lots of spicy food using hot peppers and chili powder. The city is also famous for their oranges, Chinese gooseberries, and tea. Stop into any tea shop and try one of their countless varieties of locally grown tea, ranging from jasmine to cactus! Stalls along the streets offer fantastic varieties of the cuisine, you'll find some of the best food along Baren Street and Xiaomian Street. There's a range of restaurant options depending on our taste and budget, although even the lower scale restaurants offer fantastic food and are worth a try!

There is a domestic airport in Yichang and shuttle buses to take you to the city. Buses, trains, and even boats are popular options to get into Yichang. Many people take days-long trips on the Yangtze River, which end in Yichang.

Getting around the city it fairly easy, especially with the large number of buses that are easy enough for tourists to understand. Taxis are a popular option and are also fairly cheap, usually staying under 10 Yen.