How much does it cost to travel to La Rioja?

How much money will you need for your trip to La Rioja? You should plan to spend around €97 ($111) per day on your vacation in La Rioja, which is the average daily price based on the expenses of other visitors. Past travelers have spent, on average, €35 ($40) on meals for one day and €17 ($20) on local transportation. Also, the average hotel price in La Rioja for a couple is €91 ($104). So, a trip to La Rioja for two people for one week costs on average €1,363 ($1,556). All of these average travel prices have been collected from other travelers to help you plan your own travel budget.

A vacation to La Rioja for one week usually costs around €681 for one person. So, a trip to La Rioja for two people costs around €1,363 for one week. A trip for two weeks for two people costs €2,725 in La Rioja. If you're traveling as a family of three or four people, the price person often goes down because kid's tickets are cheaper and hotel rooms can be shared. If you travel slower over a longer period of time then your daily budget will also go down. Two people traveling together for one month in La Rioja can often have a lower daily budget per person than one person traveling alone for one week.


How expensive is La Rioja? How much money do I need for La Rioja?

How much does a trip to La Rioja cost? Is La Rioja expensive? The average La Rioja trip cost is broken down by category here. All of these La Rioja prices are calculated from the budgets of real travelers.

How much do vacation rentals cost in La Rioja? Prices vary by location, date, size of the place, and the level of luxury. See below for options.

How much does it cost to go to La Rioja? Naturally, it depends on the dates. We recommend Kayak because they can find the best deals across all airlines.

The price of renting a car in La Rioja will depends on dates, the type of car, the location, and your age. We recommend Kayak because they can find the best deals across all car rental companies.

La Rioja On a Budget 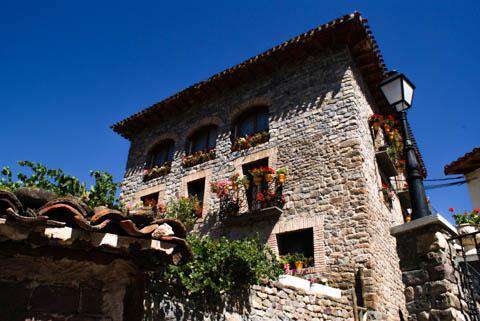 La Rioja, Spain
La Rioja is an area in northern Spain located in the Iberia peninsula. It is not as commonly known as some of the bigger cities, but it is a great place to visit. The area has more than 500 wineries, and though the area may not be well known as a tourist location, the name is often recognizable for its quality wine. La Rioja is full of natural beauty and Spanish culture. Because it is not as touristy as some of the larger areas of Spain, you are more likely to get a more genuine idea of real Spanish life and culture by visiting this region. The La Rioja area is nestled between cities like Burgos, Bilbao, San Sebastian, Pamplona and Zaragoza, so you are never far from the more popular northern cities.

One popular sight in the area is the Catedral de Santo Domingo de la Calzada. It is a spectacular gold painted Cathedral and corresponding museum that attest to the wealth of the area.

The Monasterio de Yuso, also known as El Escorial de La Rioja, has many wonders and treasures in its museum. It is one of the most popular monasteries in the area, the other being the Monasterio de Suso which stands above the caves where San MillÃ¡n once lived. It is believed that a Monk once wrote the first Castilian words ever penned in this monastery.

The Iglesia de San Bartolome from the 13th Century is a spectacular church with beautiful architecture and is worth a visit.

Logrono is the capital city of the region and is located on the Ebro River. It is the center of trade in La Rioja. It is a bit area for wine and popular for Tapa's bars. Logrono is currently moving up in popularity as a top culinary location as it's local menus are gaining recognition.

Haro is a town in the northwest of La Rioja. It is a top destination for the quality red wine that the area is known for. Haro holds a yearly wine festival where locals come and hold a wine battle for the coveted title of best wine. It has some significant architectural structures as well, including the main entrance of the Santo TomÃ¡s Church, the work of Felipe Vigarny, numerous palaces, and the old town, which was declared a Historic-Artistic Site in 1975.

Vivanco is a must for wine lovers. You get the opportunity to tour the winery either before or after a tour of Museo de la Cultura del Vino (Museum of the Culture of Wine), where you'll learn the history and culture of wine and the various production processes.

A popular festival in the area, Fiesta de San Mateo, starts the Saturday before September 21st every year and goes for a full week. It doubles as a harvest festival and is a time when all of La Rioja comes together to celebrate as they participate in grape crushing ceremonies.

Pintxos (Tapas) are popular in this area, and one of the best places to try some is at La Taberna de Baco in Logrono. They have more than 40 different plate options and are a popular stop among the locals.

For a unique dining experience, check out Bodega la Petra. At this restaurant you will have the opportunity to dine in a cave house, which are homes built by natural caves carved into the gorges around Arnedillo. They are famous for their superior meat dishes, but have a great selection of vegetarian dishes as well.

In Haro, the best restaurant is actually a group of three restaurants, known as Beethoven. All restaurants in this group have a great menu selection offering top quality regional dishes.

The closest airport to the La Rioja region is Bilbao airport. This airport is both an international and regional airport and provides easy access to the region. The easiest way to get there from the airport is to hire a car, though there are bus and train options as well.

La Rioja is a region, not just a town, so getting around here can be tricky depending upon where you want to go and what you want to see. The best way to get to see all of the region is by car. You will have the option of going and seeing any of the area that you'd like and can get easily from town to town. There are buses and trains that connect the major towns in the region, though, so getting around is still possible without having a rental car.