A Travel Comparison for Vacations, Honeymoons, and Tours Germany vs. Czech Republic

Should you visit Germany or the Czech Republic?

Which country is cheaper, the Czech Republic or Germany?

Should I visit Germany or the Czech Republic? This is a popular question for many travelers. By figuring out which country is more expensive, you'll understand where you'll get more bang for your buck. A week in the Czech Republic can cost you about €558 (per person), while a week in Germany may cost you around €848. These differences become even more noticable if you plan to spend a longer time in the country. 10 days, two weeks, or even one month of travel to the Czech Republic or Germany can really add to your travel budget.

Accommodation is often cheaper in the Czech Republic compared to Germany (€43 vs. €60). Budget travelers usually stay in less expensive hostels and guest houses, while nicer hotels often appeal to families and upscale travelers.


How much are flights to Germany and the Czech Republic?


Find a Hostel in Germany or the Czech Republic

When is the best time to visit Germany and the Czech Republic? 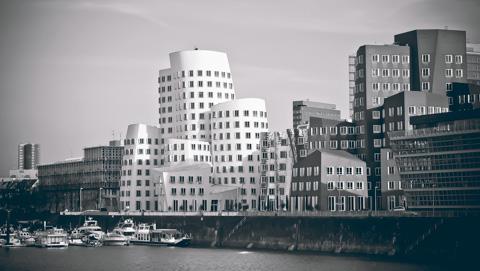 Dusseldorf, Germany
Both Germany and the Czech Republic and great places to visit year around. The winters can be cold, but the holiday season creates a special atmosphere in each country. Summers aren't as hot as they are in southern Europe, so even during the peak summer months, the temperature isn't too extreme. Prices are a bit higher during the peak summer months though, and crowds are more intense. Spring and fall are great times to visit either place, as temperatures are usually pleasant and the prices a bit more affordable.

Why is Germany more expensive than the Czech Republic?

In addition to its lower cost of living, the Czech Republic is also a much smaller country. Travel distances between destinations are shorter so bus and train tickets tend to be cheaper. It's small size also means that travelers usually spend longer periods of time in one place, allowing them to spend less money on transportation costs.

What are the most expensive and cheapest cities and regions in Germany and the Czech Republic? 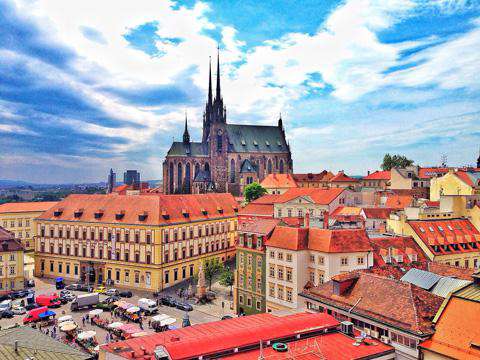 Brno, Czech Republic
In general, the larger cities and most popular destinations are the most expensive places to visit in both Germany and the Czech Republic. In Germany, cities like Berlin can be a bit more expensive than the countryside. There are exceptions though. In some cases, there may only be one hostel and a few small hotels in a small town. The limited options and competition can drive prices higher than you'd experience in a larger city.

Prague is the most popular travel destination in the Czech Republic. Most people want to stay in or around the city's famous old town, so prices in that area are usually a bit higher. Still, there are plenty of hostels and budget hotels to choose from, so it is possible to find a good deal.

How you can save money when visiting Germany and the Czech Republic?

Avoid traveling during the peak summer months, when the crowds are at their worst, hotels and hostels fill up, and prices are at their highest.
Eat where the locals eat. Restaurants that are geared toward tourists will inevitably be more expensive. Try to find a local eatery and you're sure to save a good bit of money. Alternatively, find a street vendor that's seller bratwurst or a local dish. Then you can find a great place to sit and people watch while you enjoy your quick and cheap meal.
Spend time walking around the city or town you're in. Take at least a day where you don't visit a museum, show, or take a tour. Instead, just head out on the town with a map and soak up the atmosphere.
Spend more time in one place so you can avoid the high transportation costs of traveling between cities.
Buses are almost always cheaper than trains, so look into all of your transportation options before buying tickets.
Stay at a locally owned hostel or hotel. Local accommodation options are often more affordable and more interesting places to stay.