The Best Day Trips from Bangalore

Asia / India / Karnataka / Bangalore /
Bangalore, the capital city of the South Indian state of Karnataka is one of the most visited tourist destinations in India. Being the IT hub of India, Bangalore is home to people from all over the world, making it one of the most culturally diverse states in India. Bangalore is also strategically located close to many of the most popular tourist destinations in South India. Many of the tourists visiting Bangalore also take time to make some quick day trips to these locations. Here is a list of some of the best day trips from Bangalore. 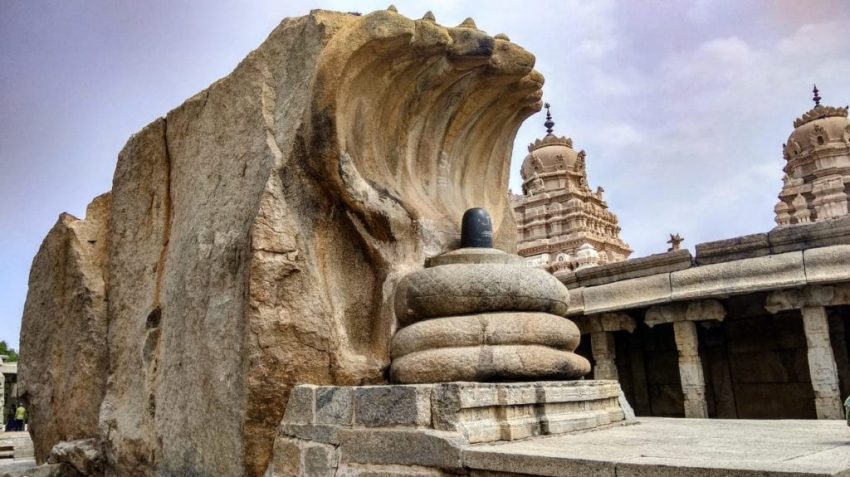 Lepakshiis located around 120 km from Bangalore and is situated in the Anantapur district of Andhra Pradesh. Having a prominent place in the Hindu epic 'Ramayana', Lepakshi is said to be the place where the mythological bird Jatayu fell as he fought against Ravanan. The Veerbhadra temple, also known as the Lepakshi Temple is the main attraction in this village. This temple is an architectural marvel, housing some mysterious structures like the Durga Padam, the hanging pillar and the monolithic Nagalinga statue. Built in the Vijaynagara style of architecture, the Veerabhadra Swamy Temple is a frequently visited destination from Bangalore. The Lepakshi Nandi and the Jatayu Park are the other things to see in Lepakshi.The best time to visit Lepakshi is from November to March as summers can be hot and humid.

Hogenakkal fallsis located 125 km from Bangalore and is situated at the border of the Dharmapuri district in Tamil Nadu and Chamrajnagar district in Karnataka. Also known as the 'Niagra Falls of India', it originates from the Kaveri river. The Hogenakkal falls is a popular tourist spot as well as shooting spot for Indian movies. Apart from the iconic cascades, the place is famous for its carbonite rock formations, which are also some of the oldest in the world. It is a great place for lovers of seafood as the locals catch fresh fish from the Kaveri river and cook them for you.Taking coracle rides through the river is the only way to get a closer look at the waterfalls and it is available at fixed rates at the coracle ride counter. The Crocodile park and the Krishnagiri Dam are some other attractions near the Hogenakkal falls. The best time to visit Hogenakkal falls is from October to February, when the weather is relatively pleasant. 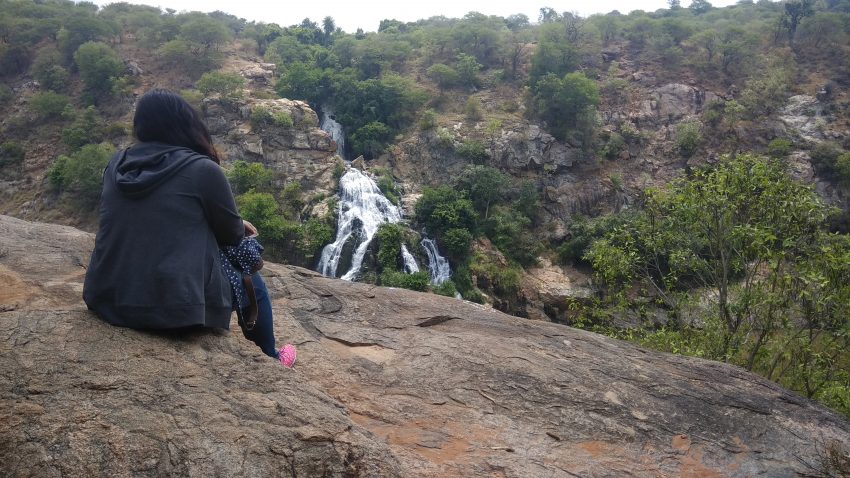 The Chunchi falls is located at the Yeleguri village in Karnataka at a distance of 90 km from Bangalore. Falling from an elevation of 100 feet into a small clean pool, the Chunchi falls is a great place to take a dip in the cool waters originating from the Arkavati river. The journey to Chunchi Falls takes you through beautiful and charming countrysides where you get to see various farms cultivating vegetables, fruits and flowers. The best time to visit the Chunchi falls is during and soon after the monsoons. Mekedatu and Sangama are the nearby attractions. 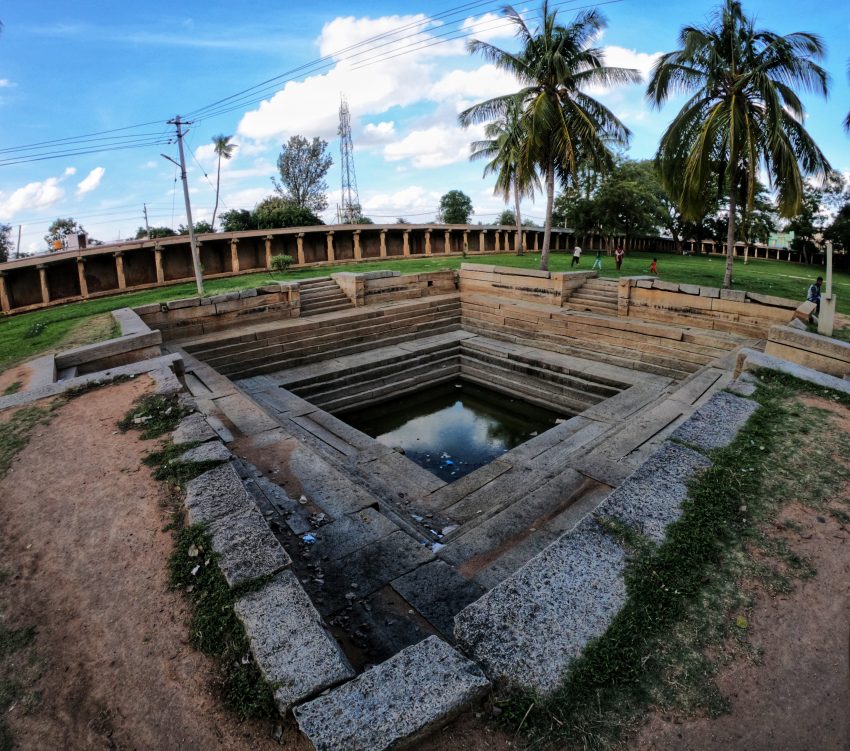 Standing at an elevation of 4,849 feet above sea level, Nandi Hills is just at a distance of 60 km from Bangalore. Its a great place to catch a glimpse of the sunrise and a beautiful views. The Nandi temple situated on the hilltop is said to be more than a thousand years old and the hill gets its name from this temple. The best time to visit Nandi Hills is during the winter (November to March) when a blanket of floating clouds is visible at the level of your feet! The Bhoga Nandeeshwara Temple at the foothills of the Nandi Hills is a popular attraction nearby, which is also one of the oldest temples in Karnataka.It is maintained by the Archaeological Survey of India and the best time to visit the temple is during the Shivaratri festival.

Skandagiri hills also known as Kalavara Durga is located around 62 km from Bangalore and is a popular trekking spot in Karnataka. At an elevation of 4757 feet above sea level, Skandagiri overlooks the Nandi Hills. The Skandagiri Sunrise Trek which starts at the early hours of the day (3 am) is the most popular activity here. Ruins of an old temple can be seen at the top. Winters (November to March) are best time to visit Skandagiri, and apart from witnessing the sunrise, stargazing is another at the top is a wonderful experience. Many travel agencies provide night-trek packages at cheap rates.

Popularly known as the Cultural Capital of Karnataka, Mysore is located at the foothills of the Chamundi Hills, at a distance of 145 km from Bangalore. Mysore is loved for its ever pleasant climate, the luxurious Mysore silk and its vibrant culture and history. The Mysore Palace, which is still the official residence of the Wadiyar Family is one of the main tourist spots in Mysore. Built in the Indo-Gothic style of architecture, the Mysore Palace is best visited during the annual Dussehra festival. The Palace is said to be illuminated with more than a 100,000 bulbs during the 10 days of festival. Music, dance and various cultural art forms are seen to take place at the Palace grounds during this time. The Chamundi Hills, Ranganthittu Bird Sanctuary, Brindavan Gardens, St.Philomena's Church and the Mysore Zoo are some of the other attractions nearby. The best time to visit Mysore is from November to March (Winter) to experience the cool climate.

The Chitradurga Fort is located at a distance of 200 km from Bangalore at Chitradurga, which stands at an elevation of 2401 feet above sea level. Built in 13-14th century, the fort was expanded in the years to come. Also known as the Palace of Stones, the Chitradurga Fort is also home to 18 temples dedicate to different Hindu deities. With its many secret passages and corridors, the Fort has a mysterious aura to it. The fort is equipped with seven layers of walls and more than a thousand watch towers, and massive rainwater harvesting structures. The Chandravalli archeological site and the Jogimatti hill station are the nearby attractions. The village also has some of the oldest rock formations in the world. The best time to visit Chitadurga is from October to March.

The Horlsey hills are located in the Chittoor district of Andra Pradesh, at a distance of 144 km from Bangalore. At an elevation of 4230 feet above sea level, the Horsley Hills are also known as 'Ooty of Andra Pradesh'. The view point on the peak gives breathtaking views of the landscape below. Horsley hills is also said to house some of the oldest Banyan and Eucalyptus trees. The best time to visit Horsley Hills is during the winter (November to February) as summers can be very hot. The the Chennakesava Temple, Gangotri Lake and Kaigal Falls are some of the nearby attractions.

Shravanabelagola is located at the Hassan district of Karnataka, at a distance of 144 km from Bangalore. It is popularly known for the Gommateshwara Bahubali statue, which is 57 feet high monolithic statue located on the Vindyagiri Hill. One must climb 700 steps up to the top of the hill to reach the temple in which stands the world tallest monolithic statue. Various smaller statues of Mahavir is also seen scattered around the temple. The Mahamastakabhisheka festival is held once in 12 years in this temple in the month of February to honor Mahavir. The statue is bathed in water, sandalwood paste, milk and flowers as part of the ceremony. The best time to visit Shravanabelagola is during the winter (November to March), when the climate is pleasant.

Kolar is located at a distance of 65 km from Bangalore. Best known to be the second deepest gold mines in the world, the town has mined gold for over a century. Known as 'Little England', Kolar still has many of the British era buildings. The Kotilingeshwara Temple in Kolar houses one of the largest 'Shivalingams' in the world, which is 108 feet tall. The temples of Avani and Sri Kashi Vishweshwara temple in Antaraganage located on the Shathashrunga mountain are some of the main attractions nearby. The best time to visit Kolar is during the winters as summers are hot and humid.

These are some of the most popular destinations for a day trip from Bangalore. These are just a few to get you started as the list goes on since Bangalore is surrounded by some amazing historical sites, temples and hill stations. These places are bound to satisfy the interests of lovers of history, adventure and nature altogether! So grab your backpack and get ready to plan your next trip!

Athul Menon is the author ofOur Backpack Tales,a budget travel blog focusing on how to travel light and in a small budget. He runs theblog with his wife Neethu. Theylove to explore off beat destinations around the world. You can also follow their adventures on Instagram. 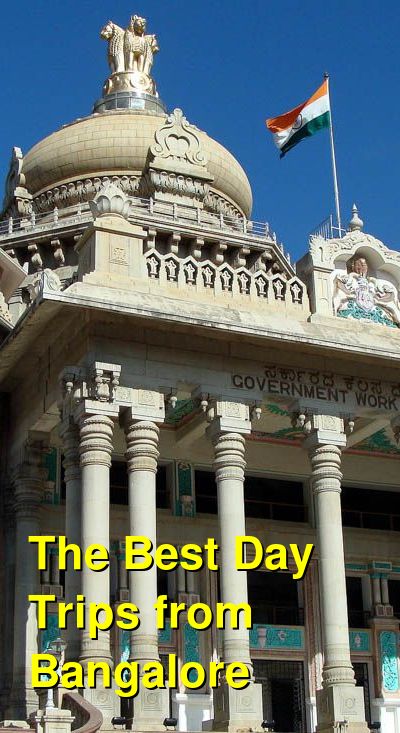