How much does it cost to travel to Darjiling?

How much money will you need for your trip to Darjiling? You should plan to spend around ₨2,325 ($28) per day on your vacation in Darjiling, which is the average daily price based on the expenses of other visitors. Past travelers have spent, on average, ₨935 ($11) on meals for one day and ₨501 ($6.13) on local transportation. Also, the average hotel price in Darjiling for a couple is ₨1,741 ($21). So, a trip to Darjiling for two people for one week costs on average ₨32,555 ($399). All of these average travel prices have been collected from other travelers to help you plan your own travel budget.

A vacation to Darjiling for one week usually costs around ₨16,277 for one person. So, a trip to Darjiling for two people costs around ₨32,555 for one week. A trip for two weeks for two people costs ₨65,110 in Darjiling. If you're traveling as a family of three or four people, the price person often goes down because kid's tickets are cheaper and hotel rooms can be shared. If you travel slower over a longer period of time then your daily budget will also go down. Two people traveling together for one month in Darjiling can often have a lower daily budget per person than one person traveling alone for one week.


How expensive is Darjiling? How much money do I need for Darjiling?

How much does a trip to Darjiling cost? Is Darjiling expensive? The average Darjiling trip cost is broken down by category here. All of these Darjiling prices are calculated from the budgets of real travelers.

Looking for a hotel in Darjiling? Prices vary by location, date, season, and the level of luxury. See below for options.

How much does it cost to go to Darjiling? Naturally, it depends on the dates. We recommend Kayak because they can find the best deals across all airlines.

The price of renting a car in Darjiling will depends on dates, the type of car, the location, and your age. We recommend Kayak because they can find the best deals across all car rental companies.

Tips and Handouts Budget in Darjiling

Darjiling On a Budget 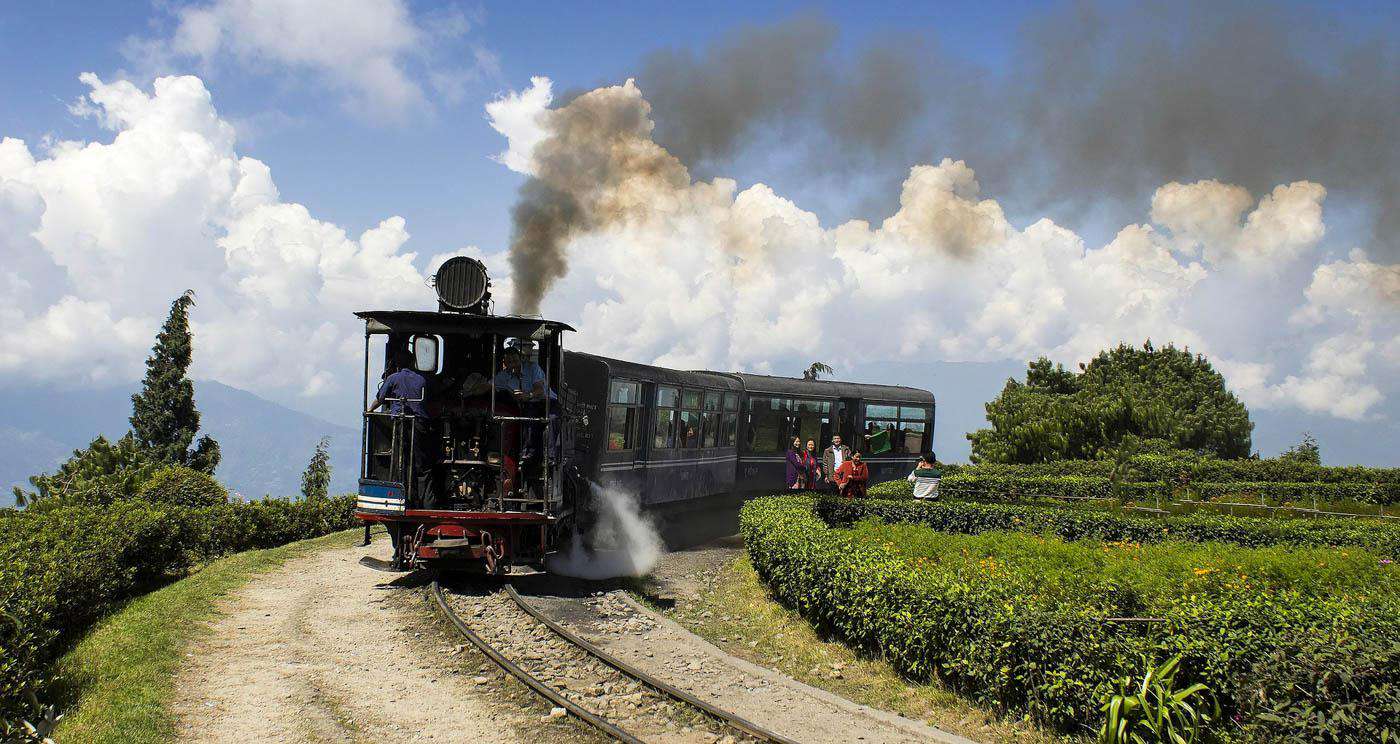 Darjeeling, India
What began as a cluster of villages grew to prominence in the 19th Century when the British first established a hill station here and eventually realized that the climate was well-suited for tea plantations. Darjeeling (or Darjiling) has since become known for its teas in addition to cultural diversity, stunning views, and trekking opportunities.

Mount Kanchenjunga, one of the world's highest peaks, steals the show of Darjeeling's backdrop. Tiger Hill is a favorite location to view the mountain, especially at sunrise when the first rays of the sun touch the snow-capped peaks. For additional information on Kanchenjunga and the surrounding mountains, visit the Himalayan Mountaineering Institute. Founded by the late Tenzing Norgay who conquered Mount Everest with Sir Edmund Hillary in 1953, it now has on display records of the major expeditions undertaken. Nearby is the Everest Museum which traces the history of different attempts on the world's highest peak. The institute also offers mountaineering courses for all levels. Sharing the premises with the institute is the Padmaja Naidu Zoological Park, featuring a habitat of animals found in the Himalayan region.

As far as cultural significance goes, the Japanese Peace Pagoda represents a place of unity for people of all races and religions to gather in search of world peace. It is one of 30 located around the globe. Other impressive sights include the Batasia Loop where the famous Darjeeling Himalayan Railway (known as the "toy train") makes a loop, the Barbotey Rock Garden landscaped with flowers and waterfalls, the Mahakal Temple, and many other monasteries, temples, and cultural attractions.

Darjeeling is a small town, making it very easy to navigate on foot. For longer journeys outside of the main area, taxis are available at stands near the entrance to the mall, Chowrasta. This place is pretty much the center of Darjeeling, surrounded by shops, eateries, and hotels. It is a great place to purchase local Darjeeling teas and other specialties, get caught up in the bustle, or sit back and people-watch while enjoying some tasty street food. Nearby towns worth visiting include Mirik, Kalimpong, Kurseong, Siliguri, and Gangtok.

In addition to visiting the sights within town, it is also common for visitors to gravitate towards the surrounding mountain landscape. Trekking and mountain biking are especially popular, often with Singalila National Park as the final destination. The park is located in the far northwest corner of West Bengal state with Kanchenjunga, the world's third highest peak, visible for much of the trek to the north.

Visitors also enjoy taking scenic rides on the Darjeeling Himalayan Railway, nicknamed the "toy train," which was built between 1879 and 1881 and is today known as an UNESCO World Heritage Site.

The cooking of Darjeeling largely consists of North Indian, Tibetan, and Nepali influences. Some of the most popular local specialties include things like momos, thukpa, aloo dum, sael roti, naga platter, Nepali thali, tongba, and chang. Momos are steamed or fried dumplings filled with meat or vegetables, while thukpa is a hearty noodle soup also with vegetables or meat-both are common Tibetan dishes. Aloo dum is an Indian specialty made with fried potatoes in a gravy rich with spices, while sael roti is a kind of traditional Nepali homemade sweet rice donut. Naga platter and Nepali thali are both traditional meals made up of a selection of dishes, while tongba and chang are both local alcoholic beverages-tongba being a millet-based alcohol, and chang, a light Tibetan beer made of barley. Kunga's is often recommended for Tibetan food, especially the momos, and it is important to keep in mind that most restaurants will close fairly early in the evening with most of the town going to sleep by 9pm. Additionally, Darjeeling is famous around the world for its teas, which are very aromatic and have a delicate taste.

The nearest airport is 96 kilometers from Darjeeling, located near the city of Siliguri and is called Bagdogra Airport. It is about 2.5 hours by road from Darjeeling, 2 hours by air from Delhi, and 50 minutes by air from Kolkata. Air India and Jet Airways both operate flights from Delhi, Guwahati, and Kolkata. Other airlines include Spice Jet, Indigo, and Go Air. From the airport to Darjeeling, the most popular modes of transport include taxi and shared jeep. A regular bus service from Silguri to Darjeeling also runs - however, the journey is much slower.

By train, the nearest station is New Jalpaiguri in Siliguri. It connects the city to most other parts of the country including Kolkata, Delhi, Guwahati, Chennai, Mumbai, Bengaluru, Bhubaneshwar, and Kochi. From this station, the famous Darjeeling Himalayan Railway completes the journey to Darjeeling.