How much does it cost to travel to Southampton?

How much money will you need for your trip to Southampton? You should plan to spend around £105 ($127) per day on your vacation in Southampton, which is the average daily price based on the expenses of other visitors. Past travelers have spent, on average, £30 ($36) on meals for one day and £6.96 ($8.41) on local transportation. Also, the average hotel price in Southampton for a couple is £137 ($165). So, a trip to Southampton for two people for one week costs on average £1,475 ($1,783). All of these average travel prices have been collected from other travelers to help you plan your own travel budget.

A vacation to Southampton for one week usually costs around £737 for one person. So, a trip to Southampton for two people costs around £1,475 for one week. A trip for two weeks for two people costs £2,949 in Southampton. If you're traveling as a family of three or four people, the price person often goes down because kid's tickets are cheaper and hotel rooms can be shared. If you travel slower over a longer period of time then your daily budget will also go down. Two people traveling together for one month in Southampton can often have a lower daily budget per person than one person traveling alone for one week.

How much does a trip to Southampton cost? Is Southampton expensive? The average Southampton trip cost is broken down by category here. All of these Southampton prices are calculated from the budgets of real travelers.

Looking for a hotel in Southampton? Prices vary by location, date, season, and the level of luxury. See below for options.

How much does it cost to go to Southampton? Naturally, it depends on the dates. We recommend Kayak because they can find the best deals across all airlines.

The price of renting a car in Southampton will depends on dates, the type of car, the location, and your age. We recommend Kayak because they can find the best deals across all car rental companies.

What did other people spend on Transportation in Southampton?

Typical prices for Transportation in Southampton are listed below. These actual costs are from real travelers and can give you an idea of the prices in Southampton, but your costs will vary based on your travel style.

What did other people spend on Food in Southampton?

Typical prices for Food in Southampton are listed below. These actual costs are from real travelers and can give you an idea of the prices in Southampton, but your costs will vary based on your travel style.

Southampton On a Budget 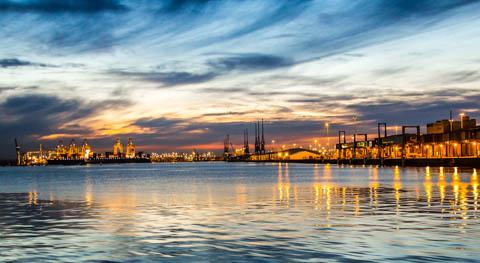 Southampton
A port city on the southeast coast of England, Southampton is a relatively large city in England. It is home to two universities so much of the population is generally young and there are no shortage of activities around town. The town dates back to the Roman and Saxon times and you can see some of the Roman ruins in a suburb named Bitterne Manor. During the Sazon times, the city was Britain's premier trading post. The city put up a protective wall during the Middle Ages and some remains of this wall can still be seen around town. The architecture throughout Southampton is quite modern, in large part because much of the city was destroyed during World War II.

The climate in Southampton is oceanic, and comparable to that found throughout the United Kingdom. It is slightly warmer than the rest of the country because it has a low elevation and is sheltered from harsh weather.

There are a couple of sights around town including the Bargate, which is a medieval gatehouse, and the Central Parks, which are enjoyable to walk around. There are also a good number of museums around town, with some of the more interesting ones being the Museum of Archaeology, the Maritime Museum, and the Medieval Merchants House.

In Southampton's city center you'll find the West Quay shopping area. If you're in town on a Friday then head to this area for market day. It's about a hour's walk from this area to Ocean Village. Ocean Village is predominantly made up of houses and apartments along with some interesting pubs and restaurants. To the north of the city center is Portswood and the university. There is no good beach around town, but a nearby option is Calshot.

There is also no shortage of activities around town. With a large student population, there are many theaters around town where you can take in a show. Several popular ones include the Mayflower, the Nuffield Theatre, and the Turner Sims Concert Hall.

Every year Southampton also plays host to the Southampton Boat Show, which is interesting to attend if you happen to be in the area.

If you're looking for a good place to eat, your best options are to head to either Oxford Street, High Street or Bedford Place. Oxford Street tends to have the more expensive restaurants that are absolutely delicious, but may cost more than you're looking to spend. The area has a very European atmosphere and there is plenty of outdoor seating. This is a great area to dine on a nice day when you can enjoy the sunshine.

High Street has a good mix of both restaurants and pubs. There are some good, but somewhat expensive international restaurants. These include Thai, Italian, Japanese, Chinese, Greek, and Indian options.

Bedford Place has a diverse selection of options with many different ethnic restaurants and some affordable fish and chips options as well. They are a good value if you're on a budget. There are international options that include Chinese and Mexican at the south end of the road. As you move further down the road you'll find many curry houses and late night kebab and chip shops that cater to the student crowd.

You'll also find plenty of fast food restaurants spread out all around town. If you're desperate for a McDonalds or any other chain, then you're likely to find it somewhere in Southampton. There are also plenty of pubs and bars, many of which cater to the young student crowd, which keeps them lively and cheaply priced.

The city is somewhat sprawling in nature, and while there are some facilities catering to cyclists, the options are quite limited. There are a few bike routes, but they are not well connected. Biking is possible in the city center. You can walk through some parts of town as well. It's possible to walk from the Bedford Place student area at the northern edge of the city's center to the waterfront. Much of this route is designed specifically for pedestrian foot traffic.

If you want to fully explore the city and you don't have access to your own car, then you're likely to spend most of your traveling time on the bus system, which is actually quite good and reliable. Buses usually run every ten minutes during the day. Most routes start in the city center and radiate out from there. There's also a free shuttle bus from Central Station to Red Funnel Ferry terminal that is run by the City Link services. The shuttle has drop off points at West Quay Shopping Centre and High Street. It runs every 15 minutes between the hours of 7:30 am and 6:30 pm and then every half hour until 10 pm.

A variety of activities

By Bryan in Entertainment
Southampton has a variety of activities for the traveler. You can walk along the old city walls and see the historic gatehouses and towers. The entire circuit is about one mile. Another draw to the town is to watch a football matchs at the new St Marys Stadium. Also, take a ride on the Hythe Ferry to see the shipping in the docks. If you're interested in sailing, Southampton has a large number of sailing schools on The Hamble. A variety of art galleries are also in town, including the City Art Gallery, the Millais Gallery, and the Bargate Monument Gallery. Many of the town's museums are also worth checking out, such as the Museum of Archaeology, the Maritime Museum, and the Medieval Merchants House. And don't forget to visit one of the city's many pubs for a drink.