A Travel Comparison for Vacations, Honeymoons, and Tours USA vs. India

Should you visit the USA or India?

When it comes to travel, India and the U.S. have a lot in common. Both countries are large, have diverse attractions, and great food. From the mountains to the beaches, outdoor enthusiasts can find plenty to do. And in urban areas, there's plenty of culture, nightlife, restaurants, art, and history to occupy a visitor for days. But other than these similarities, the differences between India and America are quite significant.

If you're an American deciding whether you should travel internationally or domestically, then a large part of your decision may come down to cost. Surprisingly, if you travel independently abroad, it is often more affordable than traveling within the United States. Depending on where you go, you can often find cheaper accommodation, particularly if you're a budget traveler and willing to stay in hostels. Even if you want higher end accommodation, great deals are often available.

Which country is cheaper, India or USA?

Should I visit the USA or India? This is a popular question for many travelers. By figuring out which country is more expensive, you'll understand where you'll get more bang for your buck. A week in India can cost you about $234 (per person), while a week in the USA may cost you around $1,566. These differences become even more noticable if you plan to spend a longer time in the country. 10 days, two weeks, or even one month of travel to India or the USA can really add to your travel budget.

Accommodation is often cheaper in India compared to the USA ($14 vs. $102). Budget travelers usually stay in less expensive hostels and guest houses, while nicer hotels often appeal to families and upscale travelers.

Compare hostel, B&B, and guesthouse prices between India and the USA to find the cheapest accommodation here: India hostels and USA hostels.

When comparing food in the USA vs. India they are not just different in cuisine, but also in price. Meal and restaurant costs in the USA ($46) are often cheaper than India ($8.77).


How much are flights to the USA and India?


Find a Hostel in the USA or India

When is the best time to visit the USA and India? 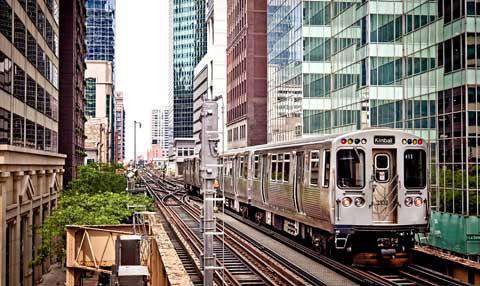 Chicago’s Elevated Train
The United States is a vast country that covers a wide variety of landscapes and climates. You can really find somewhere to visit any time of the year.

Why is the USA more expensive than India?

What are the most expensive and cheapest cities and regions in the USA and India? 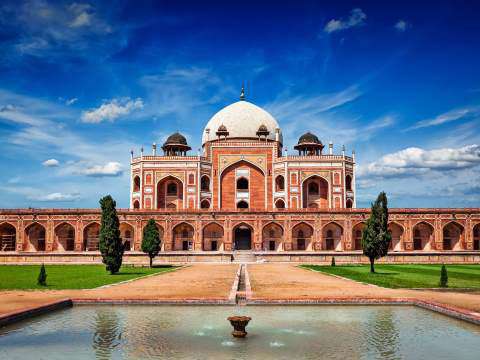 Humayun's Tomb, Delhi, India
In the United States, the larger cities are some of the most expensive places to visit. New York City and San Francisco are notoriously expensive because of their high hotel costs and expensive restaurants. Still, there are plenty of affordable restaurants in these larger cities, so it is possible to save some money. Free entertainment in the larger cities can be common, and this can help you keep costs down.

How you can save money when visiting the USA and India?

In the US, making reservations for hotels will usually save you money. Shop around online for the best prices. In India, the opposite is often true, as family-run hotels can be quite cheap if you simply show up at the door and negotiate a rate. Just make sure you're not arriving during a festival or a holiday. 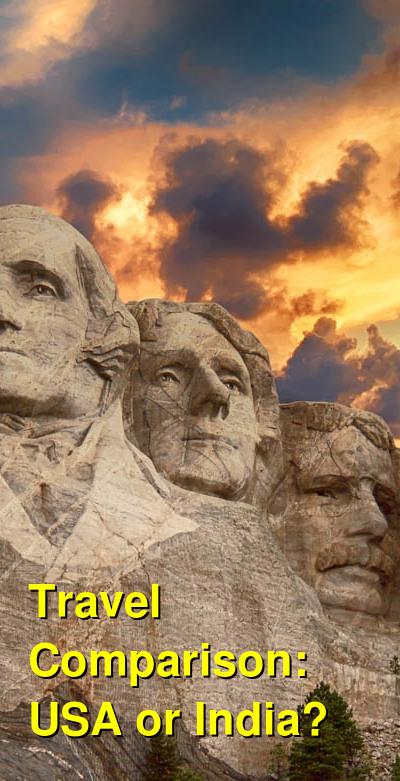