How much does it cost to travel to Chennai?

How much money will you need for your trip to Chennai? You should plan to spend around ₨1,968 ($24) per day on your vacation in Chennai, which is the average daily price based on the expenses of other visitors. Past travelers have spent, on average, ₨428 ($5.20) on meals for one day and ₨174 ($2.12) on local transportation. Also, the average hotel price in Chennai for a couple is ₨2,065 ($25). So, a trip to Chennai for two people for one week costs on average ₨27,552 ($335). All of these average travel prices have been collected from other travelers to help you plan your own travel budget.

A vacation to Chennai for one week usually costs around ₨13,776 for one person. So, a trip to Chennai for two people costs around ₨27,552 for one week. A trip for two weeks for two people costs ₨55,104 in Chennai. If you're traveling as a family of three or four people, the price person often goes down because kid's tickets are cheaper and hotel rooms can be shared. If you travel slower over a longer period of time then your daily budget will also go down. Two people traveling together for one month in Chennai can often have a lower daily budget per person than one person traveling alone for one week.


How expensive is Chennai? How much money do I need for Chennai?

How much does a trip to Chennai cost? Is Chennai expensive? The average Chennai trip cost is broken down by category here. All of these Chennai prices are calculated from the budgets of real travelers.

Looking for a hotel in Chennai? Prices vary by location, date, season, and the level of luxury. See below for options.

How much does it cost to go to Chennai? Naturally, it depends on the dates. We recommend Kayak because they can find the best deals across all airlines.

The price of renting a car in Chennai will depends on dates, the type of car, the location, and your age. We recommend Kayak because they can find the best deals across all car rental companies.

Tips and Handouts Budget in Chennai

Chennai On a Budget 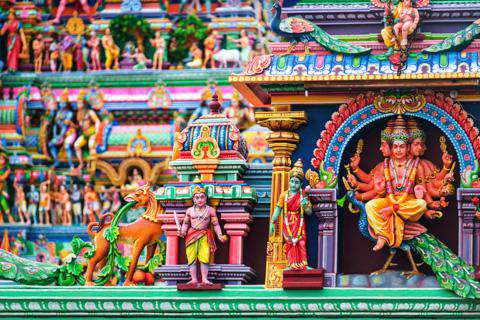 Chennai
Formerly known as Madras from its colonial history, Chennai today is one of India's largest cities and capital of the Indian state of Tamil Nadu. It is located on the Bay of Bengal in southeastern India with an extensive stretch of sandy beaches, plenty of dining and shopping, a number of historic temples, monuments, and churches, plus amusement parks and more.

With roots as a British military garrison and East India Company trading outpost, Chennai is home to Fort St. George, built in 1644. Now a museum, the fort houses military memorabilia and other artifacts evident of the city's colonial past. Also situated in the fort is St. Mary's Church, one of the oldest surviving churches built by the British in India. Other impressive churches include the Basilica of the National Shrine of St.Thomas, St. Thomas Mount, and St. Matthias Church.

Temples of the Hindu religion are also prevalent throughout Chennai. One of Chennai's oldest and best-known temples, Kapaleeswarar, is said to date to the 8th century. Thousands of worshippers visit the temple regularly, which is famous for its 37-meter gopuram, or entrance gate, carved with intricate detail. Other popular temples include Karaneeswarar Temple dedicated to Shiva and Parthasarathy Temple dedicated to Lord Krishna, amongst many others.

Though the city is host to many miles of beaches, they are not swimming beaches due to strong under currents along the shoreline. Marina Beach is the longest at 12 kilometers, and features hundreds of vendors selling food, refreshments and souvenirs, a light house with panoramic views of Chennai, as well as an aquarium and a swimming pool.

Other impressive sights include the Big Mosque constructed by Wallajah family in 1795 and the Valluvar Kottam memorial dedicated to one of the renowned poets and saints of the region, Tiruvalluvar. The Government Museum and National Art Gallery are also worth visiting for unique insight into the city's rich history.

One of Chennai's more popular neighborhoods is Georgetown, which grew around the St. George fort. The area features mazelike streets where one can find shops specializing in specific kinds of merchandise such as fireworks in Badrian Street and paperworks in Anderson Street. In addition to being a prime area for shopping, Georgetown is also a great place to explore to get a feel for Indian culture and life. There are plenty of markets to wander with items including palm leaf goods, bronze and brass castings, jewelry, stone carvings from the nearby town of Mamallapuram, textiles, and silks from Kanchipuram. As far as commercial shopping goes, the best malls in the city are Chennai Citi Centre and Spencer Plaza.

In addition to visiting the sights mentioned earlier, it is also common for visitors to book unique tours to experience different aspects of the city. Some of these might include food tours for sampling the flavors of south Indian cuisine, as well as eco tours for getting lost in the natural environments around Chennai.

Also popular are zoos and eco-parks, one of which (Guindy Snake Park) features a number of snake species, lizards, crocodiles, and turtles. It is next to Guindy National Park, which is nearly 280 hectares, inhabited by more than 20 species of trees, about 14 varieties of shrubs, and more than 14 species of woodland mammals, as well as species of rare birds and amphibians.

Other activities include music and dance performances at the Sabhas or "concert houses" during Madras Music season, and visiting the cinemas which include the Abirami Complex, Albert and AVM Rajeswari.

South Indian cuisine, also referred to as Dravidian, usually consists of (mainly vegetarian) dishes eaten with steamed rice. The traditional way of eating a meal involves being seated on the floor with the food served on a banana leaf, using the fingers of the right hand to eat, no utensils. Cooking of the Tamil Nadu area is famous for using a variety of spices to add flavor to main ingredients like rice, lentils, and legumes. One common dish, Biryani, is a type of fried rice with masala cooked with vegetables or meat. Special varieties include Ambur biryani, served with dhalcha (a sour brinjal curry), and Dindigul biryani which uses a little curd and lemon juice to get a tangy taste. Coffee and tea are the staple beverages. Being a major city, Chennai has dining options for all tastes and budgets, from street food to quality restaurants.

As far as flying goes, Chennai International Airport is the fourth busiest in India after Delhi, Mumbai, and Bangalore. It provides both domestic and international services, with well-established connections to London, Frankfurt, Singapore, Malaysia, Middle East, New York, Hong Kong, and others. The cheapest way to get from the airport to the city is to take the suburban train to the Chennai Park and Egmore stations. The station near the airport is called Tirusulam and is about a 500-meter walk. The Chennai metro and taxis can also provide services from the airport to the city.

By train, Chennai Central and Chennai Egmore provide long distance transportation. Central has daily trains to and Bangalore, Mumbai, Coimbatore, Delhi, Hyderabad, Kolkata, Ahmedabad, and most other major Indian cities. Egmore has trains which cover places in the state of Tamil Nadu and also a few important stops outside it.