How much does it cost to travel to Berkeley?

How much money will you need for your trip to Berkeley? You should plan to spend around $152 per day on your vacation in Berkeley, which is the average daily price based on the expenses of other visitors. Past travelers have spent, on average, $29 on meals for one day and $24 on local transportation. Also, the average hotel price in Berkeley for a couple is $210. So, a trip to Berkeley for two people for one week costs on average $2,132. All of these average travel prices have been collected from other travelers to help you plan your own travel budget.

A vacation to Berkeley for one week usually costs around $1,066 for one person. So, a trip to Berkeley for two people costs around $2,132 for one week. A trip for two weeks for two people costs $4,264 in Berkeley. If you're traveling as a family of three or four people, the price person often goes down because kid's tickets are cheaper and hotel rooms can be shared. If you travel slower over a longer period of time then your daily budget will also go down. Two people traveling together for one month in Berkeley can often have a lower daily budget per person than one person traveling alone for one week.


How expensive is Berkeley? How much money do I need for Berkeley?

How much does a trip to Berkeley cost? Is Berkeley expensive? The average Berkeley trip cost is broken down by category here. All of these Berkeley prices are calculated from the budgets of real travelers.

Looking for a hotel in Berkeley? Prices vary by location, date, season, and the level of luxury. See below for options.

How much does it cost to go to Berkeley? Naturally, it depends on the dates. We recommend Kayak because they can find the best deals across all airlines.

The price of renting a car in Berkeley will depends on dates, the type of car, the location, and your age. We recommend Kayak because they can find the best deals across all car rental companies.

What did other people spend on Food in Berkeley?

Typical prices for Food in Berkeley are listed below. These actual costs are from real travelers and can give you an idea of the prices in Berkeley, but your costs will vary based on your travel style.

Berkeley On a Budget 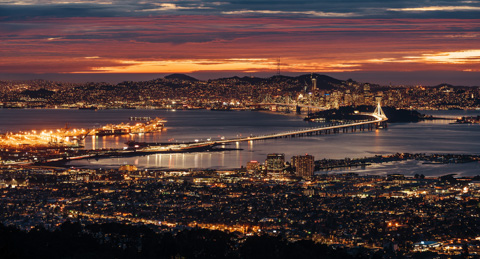 Berkeley, California
Berkeley is considered to be perhaps the most progressive or liberal city in the United States. The town has deep roots in the Free Speech movement of the 1960s. Visitors, students, and locals alike will find an eclectic mix of cultures and viewpoints. The city's free-thinking environment has witnessed the creation of quality attractions, great food from many world cultures, and of course the internationally renowned University of California, Berkeley (also known as "Cal" or "Cal Berkeley").

Like the rest of the San Francisco Bay Area, Berkeley has a mild climate, with wet, mild winters and dry summers. Because of its position on the bay Berkeley gets a decent amount of fog, with mornings typically cool and foggy, followed by sunny afternoons, with the fog returning at night.

Berkeley sits across the bay from San Francisco, north of the Oakland metro area. The views from campus and other points around town look out over the bay to San Francisco. On a clear day, one can see the Golden Gate Bridge, downtown San Francisco, and the hills of Marin and Sausalito. You can easily reach Berkeley from the city of San Francisco on the Bay Area's Regional Transit System, known as BART. The trains run daily, but have a reduced schedule on weekends and in the evenings.

Life in Berkeley today offers remnants of street life culture, a growing Asian student community, a shrinking low income area and a large amount of "yuppies". The affluent and aging Berkeley Hills neighborhoods look down quite literally and figuratively on the more student and youth oriented "city of Berkeley", the smaller downtown core. Berkeley is extremely complex for a city of its size, 100,000 people.

Restaurants in Berkeley are diverse and international. Prices vary dramatically, with many budget options catering to the student population while high end restaurants cater more to the older, working population. Food at most is generally high quality.