How much does it cost to travel to Charleston?

How much money will you need for your trip to Charleston? You should plan to spend around $136 per day on your vacation in Charleston, which is the average daily price based on the expenses of other visitors. Past travelers have spent, on average, $46 on meals for one day and $26 on local transportation. Also, the average hotel price in Charleston for a couple is $144. So, a trip to Charleston for two people for one week costs on average $1,901. All of these average travel prices have been collected from other travelers to help you plan your own travel budget.

A vacation to Charleston for one week usually costs around $951 for one person. So, a trip to Charleston for two people costs around $1,901 for one week. A trip for two weeks for two people costs $3,802 in Charleston. If you're traveling as a family of three or four people, the price person often goes down because kid's tickets are cheaper and hotel rooms can be shared. If you travel slower over a longer period of time then your daily budget will also go down. Two people traveling together for one month in Charleston can often have a lower daily budget per person than one person traveling alone for one week.


How expensive is Charleston? How much money do I need for Charleston?

How much does a trip to Charleston cost? Is Charleston expensive? The average Charleston trip cost is broken down by category here. All of these Charleston prices are calculated from the budgets of real travelers.

Looking for a hotel in Charleston? Prices vary by location, date, season, and the level of luxury. See below for options.

How much does it cost to go to Charleston? Naturally, it depends on the dates. We recommend Kayak because they can find the best deals across all airlines.

The price of renting a car in Charleston will depends on dates, the type of car, the location, and your age. We recommend Kayak because they can find the best deals across all car rental companies.

What did other people spend on Food in Charleston?

Typical prices for Food in Charleston are listed below. These actual costs are from real travelers and can give you an idea of the prices in Charleston, but your costs will vary based on your travel style.

What did other people spend on Entertainment in Charleston?

Typical prices for Entertainment in Charleston are listed below. These actual costs are from real travelers and can give you an idea of the prices in Charleston, but your costs will vary based on your travel style.

Charleston On a Budget 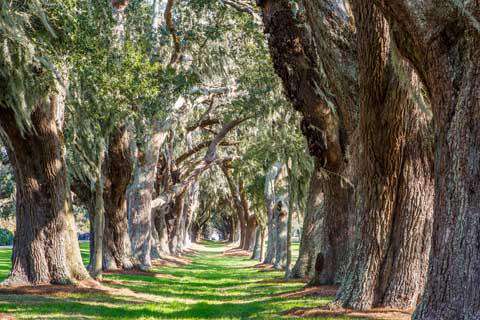 A Plantation Estate near Charleston, South Carolina
Charleston is a beautiful, southern city and seaport town in South Carolina. It has a wonderful, historic downtown area that the city government works hard to maintain. Located on a peninsula that is created by two rivers, the city is a stunning setting with much character. It is a popular place to visit for its culture, architecture and cuisine. In recent years Charleston has gained popularity and it continues to grow as both a regional and international travel destination. With its rising popularity comes increasing costs. Travel costs continue to go up as restaurants and hotels raise their prices, particularly during the peak travel season and holiday periods.

The city's climate is humid subtropical. The winters are mild and the summers are hot and humid. Rain can fall throughout the year, but summer tends to be the wettest season. Warm temperatures can last into November and winters are short and cool. Snow is rare but not unheard of. Hurricane season runs from the summer into the early fall.

Charleston has no shortage of impressive sights. Beautiful, southern churches dot the city's skyline and you can get a spectacular view of the Arthur Ravenel cable-stay bridge which was finished in 2005. There are also some interesting historic cemeteries that you can wander through.

Some of the top sights in Charleston include the Battery and White Point Gardens, Fort Sumter, the French Quarter, Charles Towne Landing State Historic Site, Circular Congregational Church, Liberty Square, and the Waterfront Park. Simply wandering around Charleston will let you stumble into any number of historic sights. The best way to explore the city is to get lost in its details and hidden gems.

Charleston's downtown can be divided into three main sections. The residential area that is referred to as the "South of Broad" district is a residential neighborhood with interesting architecture. The "French Quarter" district is also residential but it has many historic sites as well as art galleries. These two areas sit next to each other near the tip of the peninsula that makes the downtown area. The shopping district runs along King Street between Broad and Calhoun Streets. Market Street is where you'll find the famous, open air market.

There are popular horsedrawn carriage tours that go through the downtown area. These are a fun option to learn about the history of the area. There's also a ghost tour that is a fun way to learn a little about Charleston, particularly if you have children.

If you want to do some souvenir shopping, head to the market, which has stands stocked with locally made handicrafts, regional cookbooks, and some local spices and snacks. It's definitely worth a stroll through if you've never been to the Charleston area.

Charleston has become a culinary capital of the south. Low country cuisine is popular in the city and throughout the South Carolina and Georgia coasts. It has been heavily influenced by the area's Caribbean, African, and Cajun roots. The cuisine is regional and delicious. Many restaurants make use of the local specialties and seafood dishes are quite common. Popular dishes include shrimp and grits, barbecue, and she-crab soup.

You can easily make your way around downtown Charleston on foot. This is the best way to explore the area as the streets are compact and you'll get to truly experience the city's atmosphere. If your hotel is downtown and you have no plans to venture into the surrounding area then a car isn't absolutely necessary. However, you'll find cheaper hotels outside of the downtown area so you'll likely want to have your own car. There are also many places worth exploring outside of the downtown area, such as the city's beautiful plantations, and some of the nearby beaches.

There is a very limited public transit system in Charleston. It includes a small number of buses that are operated by the Charleston Area Regional Transportation Authority. Probably the most important bus for visitors is Express Bus Route 4 that runs from the airport to the downtown Visitors Center every hour.

It's possible to catch a taxi and prices are reasonable. Your best option is to call and order a taxi in advance as it can be difficult to flag one down.

By wanderinggurl in Accommodation
If you're looking for a more private vacation near Charleston, consider Kiawah Island's nearby neighbor, Seabrook Island. It's not cheap by any means, but you're guaranteed a quiet beach vacation away from the crowds and commercial areas on most beaches. Seabrook Island is worth the splurge!

By Bryan in Accommodation
If you're looking for cheap Charleston hotels, check out the Mt. Pleasant neighborhood. It's just over the Cooper River bridge, and only takes about 5 minutes to get into downtown. You can find deals online for about $50-$100 for a room, but if you stay in downtown Charleston, you'll pay twice that (especially during spring and summer months). If you stay in Mt. Pleasant, you'll also be very close to some of the large plantations such as Boone Hall, famous for the Avenue of the Oaks.