How much does it cost to travel to Atlanta?

How much money will you need for your trip to Atlanta? You should plan to spend around $137 per day on your vacation in Atlanta, which is the average daily price based on the expenses of other visitors. Past travelers have spent, on average, $33 on meals for one day and $34 on local transportation. Also, the average hotel price in Atlanta for a couple is $144. So, a trip to Atlanta for two people for one week costs on average $1,912. All of these average travel prices have been collected from other travelers to help you plan your own travel budget.

A vacation to Atlanta for one week usually costs around $956 for one person. So, a trip to Atlanta for two people costs around $1,912 for one week. A trip for two weeks for two people costs $3,825 in Atlanta. If you're traveling as a family of three or four people, the price person often goes down because kid's tickets are cheaper and hotel rooms can be shared. If you travel slower over a longer period of time then your daily budget will also go down. Two people traveling together for one month in Atlanta can often have a lower daily budget per person than one person traveling alone for one week.


How expensive is Atlanta? How much money do I need for Atlanta?

How much does a trip to Atlanta cost? Is Atlanta expensive? The average Atlanta trip cost is broken down by category here. All of these Atlanta prices are calculated from the budgets of real travelers.

How much do AirBnB's cost in Atlanta? Prices vary by location, size of the place, and the level of luxury. See below for options.

What did other people spend on Food in Atlanta?

Typical prices for Food in Atlanta are listed below. These actual costs are from real travelers and can give you an idea of the prices in Atlanta, but your costs will vary based on your travel style.

How much does it cost to go to Atlanta? Naturally, it depends on the dates. We recommend SkyScanner or Kayak because they can find the best deals across all airlines.

What did other people spend on Transportation in Atlanta?

Typical prices for Transportation in Atlanta are listed below. These actual costs are from real travelers and can give you an idea of the prices in Atlanta, but your costs will vary based on your travel style.

Tips and Handouts Budget in Atlanta

Atlanta On a Budget

Centennial Olympic Park, Atlanta, Georgia
Atlanta is a city rich in history but modern in its development and industry. It has a population of just under 500,000 with more than five million people living in the metropolitan area. It is also the ninth largest metropolitan area in the United States The city is rich in culture and was at the center of the civil rights movement. It is the capital of the state of Georgia, and was home to the 1996 Centennial Olympic Games. It has the world's busiest airport and arguably some of the country's worst traffic, but the residents are recognized for their friendly and welcoming nature and the city is lush with green trees and wonderful parks.

Atlanta is a humid subtropical climate with four different seasons and consistent rain year around. The summers are famously hot and humid and the winters are cool. Summer highs reach into the 90s and there are, on average, 48 freezing days a year. Ice storms are common and treacherous during the winter months.

There are some great places to visit in Atlanta, but one of the most impressive is the Georgia Aquarium. It has on display a whale shark, which is the largest fish in the ocean. It's also the only whale shark in captivity in North America. Other popular sights in Atlanta include the World of Coca-Cola, the CNN Center and Studio Tour, the Fernbank Museum of Natural History, the Martin Luther King, Jr. National Historic Site, and the Atlanta History Center. Some of the best parks in the city are the Centennial Olympic Park and Piedmont Park. Also consider visiting Zoo Atlanta, which is very impressive, particularly if you're traveling with children.

As a tourist, you'll find most of the attractions in the downtown area including the state capitol, city hall, the CNN Center, the Georgia Aquarium and the New World of Coca-Cola. The Midtown area is popular for its nightlife and is also home to Georgia Tech University. Buckhead also has a vibrant nightlife with many bars and restaurants. East Atlanta has some eclectic residential neighborhoods and South Atlanta has the Atlanta Braves and the airport. West Atlanta includes neighborhoods such as Vine City, Bankhead, Historic West End, Collier Heights and the Upper Westside. Decatur is just a few miles from downtown Atlanta and is a residential town with several pedestrian friendly areas.

There is know shortage of restaurants in Atlanta and in recent years many celebrity chefs have opened restaurants in the area. You can find any type of food, from southern style diners to top rated international restaurants offering sushi, Indian, or even Ethiopian food.

As with most southern cities, there are also many fast food chains around. Atlanta is actually the home to several famous chains such as Waffle House, Chick-Fil-A, Zaxby's, Moe's Southwest Grill, and Arbys.

The city sprawls out from it's downtown area and has limited public transportation so a car is absolutely essential to explore the city in any level of detail. If you plan to spend the majority of your time in the downtown area then you can walk many places. Public transit has improved in recent years as well.

The city is served by the MARTA system which includes both a rapid rail and bus system. It travels through Atlanta, Fulton and Dekalb counties. The rail network has four color coded lines including the Red, Gold, Blue and Green lines. The Red and Gold lines run north and south and the Blue and Green lines run east to west. Five Points Station is at the center. The trains run from 5 am until 1 am on weekdays and from 5 am until 12:30 am on weekends and holidays. The frequency is every 12 minutes during peak times and every 20 minutes at night and on weekends.

There are several popular bus routes. 110 (or "The Peach) goes along Peachtree Street from Downtown to Buckhead. 36 connects Virginia Highland and Midtown Station. 16 connects Five Points Station with the Carter Center, Virginia Highland and the northeastern parts of the city. 2 connects North Avenue Station and travels east. 12 leaves from Midtown Station and goes west along 10th street past Georgia Tech. 6 travels from Inman Park Station to Lindbergh Station. 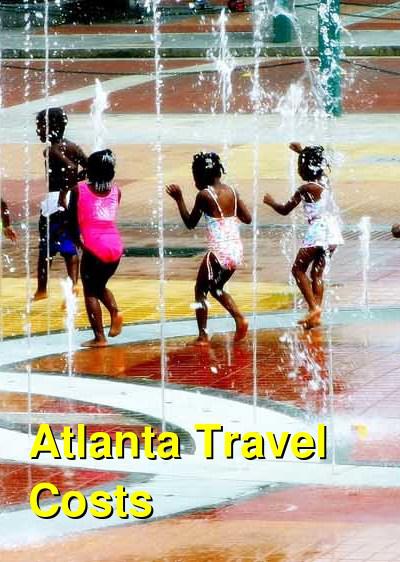