How much does it cost to travel to Lewisburg?

How much money will you need for your trip to Lewisburg? You should plan to spend around $109 per day on your vacation in Lewisburg, which is the average daily price based on the expenses of other visitors. Past travelers have spent, on average, $27 on meals for one day and $42 on local transportation. Also, the average hotel price in Lewisburg for a couple is $113. So, a trip to Lewisburg for two people for one week costs on average $1,519. All of these average travel prices have been collected from other travelers to help you plan your own travel budget.

A vacation to Lewisburg for one week usually costs around $760 for one person. So, a trip to Lewisburg for two people costs around $1,519 for one week. A trip for two weeks for two people costs $3,038 in Lewisburg. If you're traveling as a family of three or four people, the price person often goes down because kid's tickets are cheaper and hotel rooms can be shared. If you travel slower over a longer period of time then your daily budget will also go down. Two people traveling together for one month in Lewisburg can often have a lower daily budget per person than one person traveling alone for one week.


How expensive is Lewisburg? How much money do I need for Lewisburg?

How much does a trip to Lewisburg cost? Is Lewisburg expensive? The average Lewisburg trip cost is broken down by category here. All of these Lewisburg prices are calculated from the budgets of real travelers.

Looking for a hotel in Lewisburg? Prices vary by location, date, season, and the level of luxury. See below for options.

How much does it cost to go to Lewisburg? Naturally, it depends on the dates. We recommend Kayak because they can find the best deals across all airlines.

The price of renting a car in Lewisburg will depends on dates, the type of car, the location, and your age. We recommend Kayak because they can find the best deals across all car rental companies.

Lewisburg On a Budget 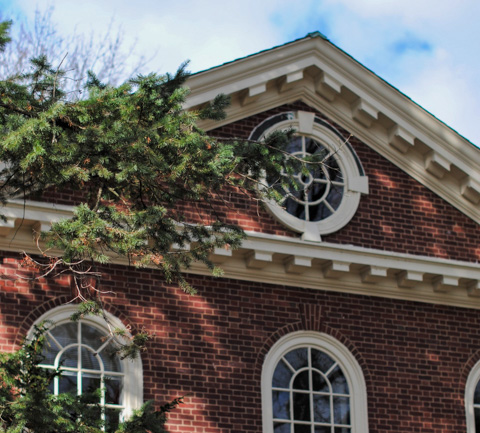 Lewisburg, PA
Lewisburg is a borough of Union County, Pennsylvania located right on the Susquehanna River. It was founded in 1784 by a settler named Ludwig Derr and became a center for commerce due to its location on the river. The water was used for logging and shipping, and the remains of old factories and other ancient stone structures still exist along the river banks today. A town of rich history, several locations within the town of Lewisburg even served as stopping points on the famous Underground Railroad.

Today the town is most known for being the college hub of Bucknell University. The immediate vicinity of Downtown Lewisburg has a number of shops, antiques, and restaurants, while Route 15 nearby has all the comforts of home with places like Walmart, Starbucks, Panera, Applebee's, and McDonald's. Outside of town, the area mostly consists of rolling hills and Central Pennsylvania farmland.

As far as history goes, Lewisburg's 19th-century downtown was recently placed on the National Register of Historic Places. Historic buildings of the area include the Slifer House Museum which is a beautifully preserved Victorian mansion, and the Packwood House Museum which once served as a tavern and inn. The Dale/Engle Walker House is yet another historic site-a preserved central Pennsylvania farm from 1787 that was once part of the Underground Railroad.

Bucknell University, of course, is the main attraction of the town. A private liberal arts college, the university consists of the College of Arts and Sciences, School of Management, and the College of Engineering. Its campus is beautifully laid out with red brick Georgian architecture, an iconic chapel, historic buildings, and continues to expand with new buildings every year. The university also hosts frequent events in sports, theater, and the arts.

Another unexpected feature of the area is the Lewisburg Federal Penitentiary. It is a high-security United States federal prison and has held inmates like the infamous Jimmy Hoffa, as well as John Gotti, boss of the Gambino Crime Family in New York City from 1985 to 1992.

Downtown Lewisburg is pretty much college town USA. Professors, graduate students, and other residents live in homes and apartments off the side streets, while Market Street lay dotted with restaurants, inns, and shops. The university's Barnes and Noble book store, the historic Campus Theater, and Bucknell's downtown art gallery also find their home in the downtown area. Hufnagle Park, between 5th and 6th streets, provides a nice place to relax on a bench and watch the ducks of Bull Run creek enjoy their day. The park also hosts several outdoor events throughout the year.

Bucknell University is host to innumerable events and activities throughout the year. Its Weis Center for the Performing Arts is a 1,200 seat performance hall that consistently hosts professional and campus music, dance, and theatre events, as well as lectures, convocations, and other functions. Sporting events, especially basketball, are highlights of the Bucknell University campus as well.

Shopping and antiquing are popular in the town of Lewisburg especially at the Roller Mills Marketplace and Street of Shops. Both hold warehouses of antiques from furniture and old barn supplies to ceramics, knick knacks, movies, books, camera paraphernalia, old posters, light fixtures, and musical instruments-just about anything used you can think of.

As far as outdoor activities go, the Rail Trail is a pedestrian trail that runs about 9 miles from Lewisburg to Mifflinburg. It is popular for biking, walking, and jogging with locals and visitors alike. Kayak and canoe rentals are also available for those looking to get out on the river, where fishing and bird-watching are also very popular. Located about 20 miles west of Lewisburg is Raymond B. Winter State Park which has a beach, campgrounds, and a number of hiking trails for the outdoor explorers. Clyde Peeling's Reptiland is located just 15-20 minutes north for those looking for a kind of zoo experience, while Knoebels Amusement Park is worth the day trip to experience one of the best old-fashioned pay-as-you-go amusement parks in the nation.

Downtown Lewisburg is home to a ton of great restaurants from gourmet sandwich shops like Pronto to trendy ethnic cuisine like Thai food at Siam Restaurant and island flavors at Caribbean Connection. Elizabeth's and the historic Lewisburg Hotel are top picks for finer dining, while places like the Town Tavern, Smiling Chameleon, and Bull Run Inn provide casual pub fare and local brews. Downtown Lewisburg also has a few popular coffee shops like Amami and Cherry Alley Cafe, as well as about three or four pizzerias.

The Country Cupboard, located on Route 15, is a Cracker Barrel kind of place, serving up American comfort food with an adjoining shopping area and bakery. Also located on Route 15 are Matty's Sporthouse Grill, Applebee's, Panera, Chipotle, Starbucks, Dominos, and a bunch of other regular chains for those seeking a little something familiar. The Lewisburg Freez is also a must-stop for ice cream, open seasonally March-September.

Located about 10 minutes west of downtown, Ard's Farm is a market and restaurant that serves up local specialties and BBQ, with a seasonal corn maze, hayrides, and animals out back for visitors to pet and feed.

Harrisburg International Airport is probably the closest you can get to Lewisburg by plane. It a little over a one-hour drive south of Lewisburg, depending on traffic (72.7 miles).

By public transportation, there is a Susquehanna Trailways Bus station located in Downtown Lewisburg by the railroad tracks on Market Street. Major routes in Pennsylvania include Williamsport, Sunbury, Harrisburg, Hazleton, Lehighton, and Philadelphia, plus Elmira, NY and the Port Authority in NYC. There are a number of stops in between (check Susquehanna Trailways website for details).

Downtown Lewisburg and the Bucknell University campus are pretty much navigable by foot. Shuttles also depart from the university campus to the downtown bookstore, Walmart, Evangelical Hospital, and Weis Markets.