How much does it cost to travel to Wilmington?

How much money will you need for your trip to Wilmington? You should plan to spend around $163 per day on your vacation in Wilmington, which is the average daily price based on the expenses of other visitors. Past travelers have spent, on average, $45 on meals for one day and $38 on local transportation. Also, the average hotel price in Wilmington for a couple is $192. So, a trip to Wilmington for two people for one week costs on average $2,285. All of these average travel prices have been collected from other travelers to help you plan your own travel budget.

A vacation to Wilmington for one week usually costs around $1,143 for one person. So, a trip to Wilmington for two people costs around $2,285 for one week. A trip for two weeks for two people costs $4,571 in Wilmington. If you're traveling as a family of three or four people, the price person often goes down because kid's tickets are cheaper and hotel rooms can be shared. If you travel slower over a longer period of time then your daily budget will also go down. Two people traveling together for one month in Wilmington can often have a lower daily budget per person than one person traveling alone for one week.


How expensive is Wilmington? How much money do I need for Wilmington?

How much does a trip to Wilmington cost? Is Wilmington expensive? The average Wilmington trip cost is broken down by category here. All of these Wilmington prices are calculated from the budgets of real travelers.

How much do vacation rentals cost in Wilmington? Prices vary by location, date, size of the place, and the level of luxury. See below for options.

How much does it cost to go to Wilmington? Naturally, it depends on the dates. We recommend Kayak because they can find the best deals across all airlines.

The price of renting a car in Wilmington will depends on dates, the type of car, the location, and your age. We recommend Kayak because they can find the best deals across all car rental companies.

Wilmington On a Budget 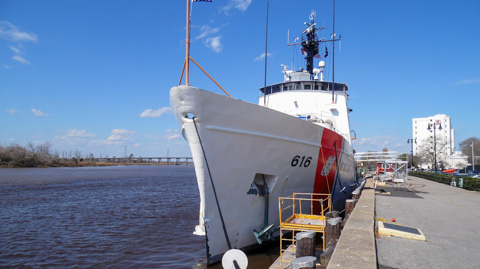 Wilmington, NC
Wilmington is a port city in southeastern North Carolina. It's a great city to visit for it's nearby beaches, large historic district, and quaint atmosphere. The city has a population of about 115,000 and it's the eighth largest city in the state.

Many people use Wilmington as a base for exploring the nearby beaches. Wrightsville Beach, Carolina Beach, and Kure Beach are all nearby. The beaches can get crowded during the summer months but they can be quite pleasant during the fall and spring.

Other attractions around town include several unique museums and historic sights such as Cape Fear Museum, Bellamy Mansion, and Burgwin-Wright House. A highlight of a trip to Wilmington is a visit to the USS North Carolina Battleship Memorial. The ship is open daily. It's moored in the river across from downtown Wilmington and has exhibits that highlight the history and stories of the ship.

Fort Fisher Aquarium is also worth a visit. It's a nice local aquarium that has both aquariums with fish and sea life as well as a large terrarium with reptiles including snakes and an albino alligator.

Wilmington has a nice and impressive historic area. There are restaurants that line the river front and several nice shops a few blocks in. You can easily pass a few hours wandering around the town.

Many people spend at least some time on the beach while they're in Wilmington. The beaches can get crowded during the summer months and parking can be limited. Even so, it's worth relaxing for a few hours in the sun or taking a dip in the water.

Other activities in the area include kayaking, taking a ghost tour, or visiting a water park. Jungle Rapids offers a water park, arcade, and mini golf. It can be a fun destination for kids of all ages.

Airlie Gardens is a 67 acre garden that has southern charm, freshwater lakes, and a variety of plants. It's worth a visit and a nice place to explore.

Wilmington has no shortage of restaurants. There are several great seafood restaurants in the downtown area, many with views of the river. There are also some good seafood restaurants around Wrightsville Beach. If you're looking for budget options, the university area has plenty of casual places to grab a quick bite. You can also grab ingredients at either Lowes Foods, Harris Teeter, Food Lion, or Walmart and prepare your own meal. It can be fun to pack a picnic lunch and take it to the beach. There are several international options available around town as well including Japanese, Mexican, and Italian.

Most people arrive in Wilmington by car. Wilmington International Airport is located northwest of the downtown area and is served by three airlines: Allegiant Air, Delta, and American Airlines.

Once you arrive in Wilmington you really must have access to a car. There is a local bus service that is provided by the Cape Fear Public Transportation Authority. There are eight local routes through the city and New Hanover Country. Buses run every 30 minutes on weekdays. There's also a free trolley in the downtown area that runs every 10 minutes on weekdays. You can not rely on public transportation to make your way around Wilmington. If you don't have your own car, you must rent a vehicle. Avis, Hertz, National Car Rental, and Thrifty Rent-a-Car are all available.