How much does it cost to travel to North Carolina?

How much do vacation rentals cost in North Carolina? Prices vary by location, date, size of the place, and the level of luxury. See below for options.

How much does it cost to go to North Carolina? Naturally, it depends on the dates. We recommend Kayak because they can find the best deals across all airlines.

The price of renting a car in North Carolina will depends on dates, the type of car, the location, and your age. We recommend Kayak because they can find the best deals across all car rental companies.

North Carolina On a Budget 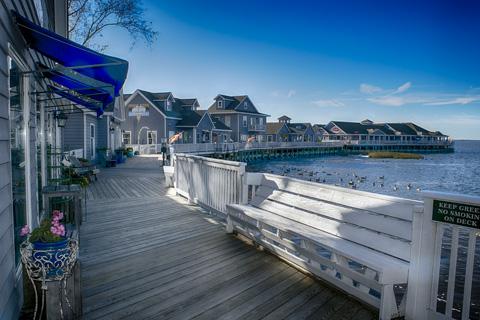 North Carolina Outer Banks
North Carolina is a diverse state in the southern United States. The state has a variety of landscapes, with mountains, forests, and beaches all represented. The state's elevation ranges from sea level to 6,684 feet on Mount Mitchell, which is the highest point in North America east of the Mississippi. There are large cosmopolitan cities like Charlotte, and there are quaint college towns like Chapel Hill. North Carolina is the nineth most populous state in the country and the economy is currently centered around engineering, energy, biotechnology, and finance. Historically, the state's economy developed from the tobacco, textile, and furniture making industries.

North Carolina's climate varies depending on the region. The coastal areas have milder temperatures in the winter months with winter highs rarely going below 40 degrees Celsius. The Piedmont is colder than the coast with occasional snowfalls and frequent sleet or freezing rain. The mountains are the coolest area and winter highs occasionally falling into the low 20s Fahrenheit. Thunderstorms are common during the summer months and tropical storms reach the state every three or four years.

North Carolina has a range of sights and attractions that attract visitors from around the US and abroad. Some of the most popular attractions in the state include the Biltmore Estate in Asheville, the Blue Ridge Parkway, the North Carolina Aquarium at Fort Fisher, Blandwood Mansion, and Pisgah National Forest.

North Carolina can be divided into three main regions. The mountain region has some of the highest elevations in eastern North America. It is also where you'll find the Great Smoky Mountain National Park and the Blue Ridge Parkway. The Piedmont has many diverse cities, universities, and college towns. The Coastal Plain has miles of beautiful beaches, the Outer Banks, and historic towns such as New Bern.

There are countless activities that you can enjoy in North Carolina. In the mountains, there is plenty of hiking, camping, and skiing opportunities. The state also has some of the best swimming beaches in the country. The Gulf Stream keeps the water warm well into October and the waves are lively but not intimidating. College sports are also lively in the state with several famous rivalries keeping spirits high. ACC basketball boasts a yearly competition between the Duke Blue Devils and UNC Tarheels. Other teams in the area include Wake Forest and North Carolina State.

North Carolina cuisine makes use of many southern traditions. North Carolina barbecue is made with pulled pork that is marinated in a vinegar based sauce. It varies significantly from barbecues found elsewhere in the south. It is typically served on a bun with slaw and lemonade or iced tea (sweetened of course).

Other local favorites in the area include fried chicken, fried okra, grits, cornbread, and hush puppies. Seafood is abundant along the coast and many dishes are fried and served with an appetizer of hush puppies.

Larger cities have a range of food options including many international restaurants. In smaller towns you'll likely find several local restaurants and the standard chain restaurants. Prices are reasonable and comparable to what you'd find elsewhere in the region.

The state also has a ferry system that runs along the Outer Banks. With 24 ferries, it's the second largest ferry system in the country. There are also twelve daily Amtrak trains that connect 17 cities in the state along six routes.

If you're planning to travel extensively in North Carolina, it's really best to have your own car. Roads are well maintained and traffic is at it's peak during rush hours or on holidays. Public transportation in most cities is limited, so having access to a car during your stay is the most efficient option.