How much does it cost to travel to Raleigh?

How much money will you need for your trip to Raleigh? You should plan to spend around $151 per day on your vacation in Raleigh, which is the average daily price based on the expenses of other visitors. Past travelers have spent, on average, $46 on meals for one day and $30 on local transportation. Also, the average hotel price in Raleigh for a couple is $166. So, a trip to Raleigh for two people for one week costs on average $2,116. All of these average travel prices have been collected from other travelers to help you plan your own travel budget.

A vacation to Raleigh for one week usually costs around $1,058 for one person. So, a trip to Raleigh for two people costs around $2,116 for one week. A trip for two weeks for two people costs $4,231 in Raleigh. If you're traveling as a family of three or four people, the price person often goes down because kid's tickets are cheaper and hotel rooms can be shared. If you travel slower over a longer period of time then your daily budget will also go down. Two people traveling together for one month in Raleigh can often have a lower daily budget per person than one person traveling alone for one week.


How expensive is Raleigh? How much money do I need for Raleigh?

How much does a trip to Raleigh cost? Is Raleigh expensive? The average Raleigh trip cost is broken down by category here. All of these Raleigh prices are calculated from the budgets of real travelers.

Looking for a hotel in Raleigh? Prices vary by location, date, season, and the level of luxury. See below for options.

How much does it cost to go to Raleigh? Naturally, it depends on the dates. We recommend Kayak because they can find the best deals across all airlines.

The price of renting a car in Raleigh will depends on dates, the type of car, the location, and your age. We recommend Kayak because they can find the best deals across all car rental companies.

What did other people spend on Food in Raleigh?

Typical prices for Food in Raleigh are listed below. These actual costs are from real travelers and can give you an idea of the prices in Raleigh, but your costs will vary based on your travel style.

Raleigh On a Budget 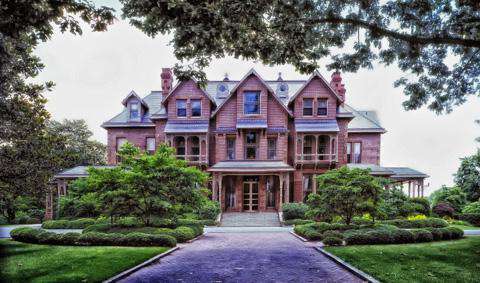 Raleigh is part of the Research Triangle area which also includes the cities of Durham and Chapel Hill. The area has a thriving economy that is focused on science and technology.

Raleigh's climate is comparable to other cities in the region. There are four distinct seasons with winters being mild and cool. Snow does fall occasionally. Summers are quite hot and humid while both spring and fall are pleasant with occasional rainstorms.

Raleigh has a relatively small but fun downtown. The area has some historic buildings and has been the focus of revitalization efforts in recent years. Fayetteville Street has many restaurants and bars. City Market has an interesting character with some unique shops. There are also several colleges and universities that aren't far from downtown including Shaw University and St. Augustine's College. Historic neighborhoods in the city include Cameron Park, Boylan Heights, Country Club Hills, Coley Forest, Five Points, Budleigh, Glenwood-Brooklyn, Hayes Barton Historic District, Moore Square, Mordecai, Rosengarten Park, Belvidere Park, Woodcrest and Historic Oakwood.

Raleigh is a city of sports. There is a faithful local following for the North Carolina State Wolfpack. There are also several professional teams in the area including the Carolina Hurricanes (hockey) and the Carolina Mudcats (minor-league baseball).

There are several entertainment venues in town as well. Progress Energy Center for the Performing Arts has three primary venues that host a diverse range of events including the Carolina Ballet and various traveling theater productions.

There are several outdoor parks in the area as well. William B. Umstead State Park has picnic areas, hiking, fishing, and canoeing. Lake Johnson Nature Park is also a great place for a run or walk. If you're in town during the right week in October, you can visit the North Carolina State Fair, which is one of the largest fairs in America and an experience in and of itself.

Raleigh has a diverse selection of restaurants. In the downtown area there are several restaurants that double as clubs on weekend nights. Asian, Indian, Mexican, Laotian and Irish restaurants are all available. Prices are reasonable and the food is usually very good. There are plenty of local restaurants in the area that use local items to make unique dishes. If you're looking for cheap food, then Hillsborough Street near NC State University has a variety of options. The quality is variable but there is the standard college faire including pizza, take-out Asian, and Chipotle. Another interesting restaurant is the Farmer's Market Restaurant next to the state Farmer's Market. It offers traditional southern food for very cheap prices.

Raleigh-Durham International Airport is the largest airport in the area. It is a large airport with affordable international and domestic flights. Amtrak also passes through Raleigh along three routes. The Piedmont travels between Raleigh and Charlotte twice a day and there are daily runs along the Carolinian and Silver Star lines which travel to Richmond, Washington DC, Philadelphia and New York City.

Like most cities in North Carolina, a car is essential if you hope to explore the city in any level of detail. There is a bus network that is convenient in the city's downtown area and around NC State University.

There are several taxi operators in the city including Taxi Poly and Amigo Taxi.