How much does it cost to travel to Boone?

How much money will you need for your trip to Boone? You should plan to spend around $138 per day on your vacation in Boone, which is the average daily price based on the expenses of other visitors. Past travelers have spent, on average, $42 on meals for one day and $26 on local transportation. Also, the average hotel price in Boone for a couple is $145. So, a trip to Boone for two people for one week costs on average $1,938. All of these average travel prices have been collected from other travelers to help you plan your own travel budget.

A vacation to Boone for one week usually costs around $969 for one person. So, a trip to Boone for two people costs around $1,938 for one week. A trip for two weeks for two people costs $3,875 in Boone. If you're traveling as a family of three or four people, the price person often goes down because kid's tickets are cheaper and hotel rooms can be shared. If you travel slower over a longer period of time then your daily budget will also go down. Two people traveling together for one month in Boone can often have a lower daily budget per person than one person traveling alone for one week.


How expensive is Boone? How much money do I need for Boone?

How much does a trip to Boone cost? Is Boone expensive? The average Boone trip cost is broken down by category here. All of these Boone prices are calculated from the budgets of real travelers.

Looking for a hotel in Boone? Prices vary by location, date, season, and the level of luxury. See below for options.

How much does it cost to go to Boone? Naturally, it depends on the dates. We recommend Kayak because they can find the best deals across all airlines.

The price of renting a car in Boone will depends on dates, the type of car, the location, and your age. We recommend Kayak because they can find the best deals across all car rental companies.

What did other people spend on Food in Boone?

Typical prices for Food in Boone are listed below. These actual costs are from real travelers and can give you an idea of the prices in Boone, but your costs will vary based on your travel style.

Boone On a Budget 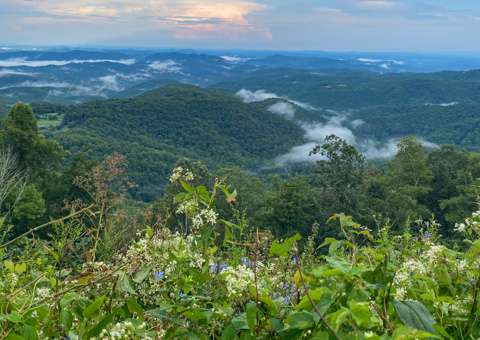 Boone, NC
Boone is located in the beautiful Appalachian Mountains in North Carolina. It is a popular destination in large part because it is the home of Appalachian State University, but even independent of the school, it is a great tourist destination. It also makes a good base for a ski vacation. The town has a population of just over 17,000 and is the county seat of Watauga County. It's named for the well known American pioneer, Daniel Boone. During the summer you can catch an outdoor drama, Horn of the West, that highlights the history of the area during the American Revolutionary War.

Boone's climate is subtropical highland. The town sits at an elevation of 3,333 feet, which is the highest of any town its size east of the Mississippi River. The high elevation means that Boone gets more precipitation than most nearby areas. The winters are long and cold with frequent sleet and snow. Blizzards are not uncommon. Summers are warm, but not as hot or humid as most places in North Carolina. The average temperature in the month of July is about 68 degrees Fahrenheit.

Boone is surrounded by natural beauty. You should make a point of driving along the Blue Ridge Parkway while you're in the area. The parkway intersects highway 421 east of Boone and to the south of town it intersects Highway 321.

Another must see in the area is Howard's Knob. It's just a short drive up the mountain and offers great views overlooking the entire downtown area.

Boone has a quaint and compact downtown area that you can easily explore on foot. In this area you'll find great restaurants and antique stores that are worth wandering through. It's also worth walking around Appalachian State University's campus. The campus is split by Rivers Street into east and west sections. Tunnels and a pedestrian bridge connect the two sides of campus.

There are also some great areas to visit in and around Boone. Perhaps the most popular and famous area is the Blue Ridge Parkway, which runs through the Appalachian Mountains and is particularly popular during the fall months when the foliage is at a peak. You can expect to sit in traffic on weekends during these months so come prepared for slow travel.

During the winter months, Boone makes an excellent base to enjoy some skiing. Nearby mountains that offer skiing include Ski Beech, Appalachian Ski Mountain, and Ski Sugar. Hawksnest is another option, although they haven't offered skiing in recent years but do have tubing and a nice lodge.

Hiking in the area is popular as well. Pick up a trail map and choose a route that meets your skill level. Make sure you carry plenty of water during the summer months.

Another popular activity is to head to an Appalachian State University football game. The team has a tradition of winning, and the games can be very energetic and fun.

Food in Boone is generally quite good. You'll find plenty of budget restaurants, many of which cater to the student population and include the typical options such as bagels, pizza, or sandwiches. In the downtown area you'll find some mid priced places that offer a nice lunch or dinner such as pasta or burgers. There are also some wonderful high end restaurants with excellent unique dishes. Many offer meals that are hormone free, locally grown, and organic, making for an even more regional experience. There are also plenty of bars in the area, but if you're looking to avoid the student crowds, do your research ahead of time.

Most people arrive in Boone with a private vehicle. It's possible to fly in to Charlotte, Raleigh, Asheville, or Greensboro but you will have to rent a car at any of those airports and drive on to Boone. There is a bus, the Mountaineer Express, that travels between Boone, Winston-Salem, and the Amtrak station in Greensboro twice a day. The Hickory Hop is a shuttle that goes from Charlotte to Hickory, which is about an hour from Boone. From Hickory you will have to take a taxi if you don't want to rent a car.

If you're staying in the downtown neighborhood you can easily walk most places, but if you're planning to explore any other areas you really need to have access to a car. If this isn't possible, some areas are connected by bus with the AppalCART system. This system has eight bus routes that travel around Boone. It's free to ride them if you're staying within the city limits. If you need a cab, Boone Taxi is a reliable taxi company in the area.

By Bryan in Entertainment
Howard's Knob is a short drive up the mountain and offers the most amzing view of all of downtown Boone with the mountains in the panorama. As you are driving along hwy 421 or hwy 321 you can't miss the giant mountain sticking up out of the surrounding landscape. Howard's Knob park is at the top and is easy to get to, you just have to know which road to take from King St. Heading west on 421, turn right onto Cherry St. Keep going up the hill and when you come to an intersection go in the direction that looks like it's leading up hill. This will take you to the top. Take a picnic if it's a nice day and enjoy the vista.