How much does it cost to travel to Dresden?

How much money will you need for your trip to Dresden? You should plan to spend around €107 ($127) per day on your vacation in Dresden, which is the average daily price based on the expenses of other visitors. Past travelers have spent, on average, €25 ($29) on meals for one day and €8.45 ($10) on local transportation. Also, the average hotel price in Dresden for a couple is €96 ($114). So, a trip to Dresden for two people for one week costs on average €1,496 ($1,774). All of these average travel prices have been collected from other travelers to help you plan your own travel budget.

A vacation to Dresden for one week usually costs around €748 for one person. So, a trip to Dresden for two people costs around €1,496 for one week. A trip for two weeks for two people costs €2,993 in Dresden. If you're traveling as a family of three or four people, the price person often goes down because kid's tickets are cheaper and hotel rooms can be shared. If you travel slower over a longer period of time then your daily budget will also go down. Two people traveling together for one month in Dresden can often have a lower daily budget per person than one person traveling alone for one week.


How expensive is Dresden? How much money do I need for Dresden?

How much does a trip to Dresden cost? Is Dresden expensive? The average Dresden trip cost is broken down by category here. All of these Dresden prices are calculated from the budgets of real travelers.

Find a hostel, guesthouse, or B&B in Dresden

How much does it cost to go to Dresden? Naturally, it depends on the dates. We recommend SkyScanner or Kayak because they can find the best deals across all airlines.

Tips and Handouts Budget in Dresden

Dresden On a Budget

Dresden
As towering baroque architecture and verdant woodlands surround your vision, this cityscape works almost as a time capsule of the eighteenth and nineteenth centuries, untouched by the burdens of modernity. With a melange of cultures and histories, Dresden, Germany stands before you. The capital of the eastern German state of Saxony, Dresden is globally known for its celebrated art museums and classic architecture of its reconstructed Old Town. From the baroque church Frauenkirche to the Versailles-inspired Zwinger palace, the aesthetic value of this Germany city is simply immeasurable. Located on the gorgeous Elbe River, Dresden receives about ten million tourists a year, most of them from Germany. Nevertheless, despite the traditional German culture its most historic buildings exude, Dresden is still touched by the present-day generation with its abundance of restaurants, clubs, shops, and theaters. Whether you wish to gaze at the Raphael's "Sistine Madonna" or simply go for a quick shopping run, Dresden obliges its guests most satisfactorily.

In the heart of the Old Town, 200 stores, restaurants, and cafes are simply waiting to be explored at the Altmarkt Galerie. Unlike most malls, the Altmarkt Galerie hs a rich history, with the beginning of its trading history spanning over 800 years ago. Within the Intecta building of the gallery, a family tradition of confectionary has ensued for more than 185 years. A confectionary experience like no other, the Intecta has a wide array of cafes and bakeries that will surely satisfy your sweet tooth with its fresh ingredients and top-tier standard. Besides its exquisite eateries, the Altmarkt Galerie has a wide variety of stores that suit any and all tastes. Some of these stores include Apple, Boss, Marc Cain, Guess, Gant, Högl or Thomas Sabo, all shops of which are only available once in the new federal states. From housing the first Armani Jeans in Germany to its fourth largest Saturn, the possibilities are endless at the Altmarkt Galerie.

A fine dining experience that won the Certificate of Excellence on TripAdvisor as well as the Falstaff award, Restaurant Daniel has been open and serving up gourmet dishes since 2013. Founded by Daniel Fischer in Innere Neustadt, Restaurant Daniel is hidden in the Nieritzstraße. A cozy, modern-designed eatery, Restaurant Daniel presents fresh, local ingredients found throughout the region. Besides his first-rate food, Fischer also offers cooking classes as well as cooking shows for the education and entertainment of its patrons. Some of Fischer's meals include veal and red wine butter, colorful vegetables, and fried potatoes, roasted sturgeon and char fillet with autumn vegetables and sugar beet, duck paste and pumpkin ragout, beetroot and walnuts, and much more. However, be weary that with a fine dining experience as rare as this one, comes a fine price! Visit Fischer and his friends at Restaurant Daniel!

Getting around Dresden is relatively easy, especially in the Old Town where most destinations can be reached by foot. Besides walking, Dresden also supplies its inhabitants with a combined tram, bus, and train system that connects to all points of interest. Nevertheless, be weary of its peak hours as it tends to get a bit crowded. Tickets for the bus and tram are relatively cheap with a Day Ticket costing 6 Euros and a Family Day Ticket costing 8.50 Euros.

Be that as it may, if you are looking for a more private method of travel, rental car services are available throughout the city. Dresden is known for its impressive street networks, with many roads having been refurbished recently. Yet as with most urban areas, traffic can be quite heavy during rush hour. If you are looking to beat the daytime traffic, renting a bicycle is not a bad way to go as Dresden has many many designated cycle paths. Whether you are pedaling or steering, be sure to make the most out of your time in Dresden, Germany! 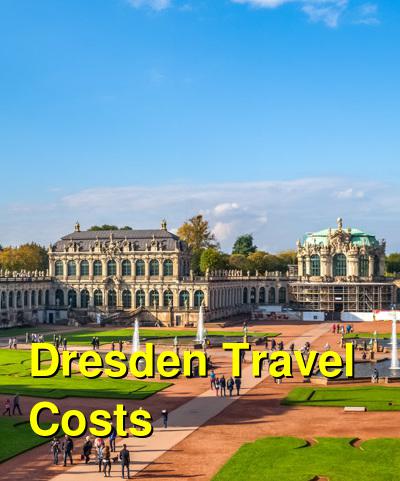 Dresden Public Transportation is the Easiest Way to Go

By backpackguru in Transportation
Dresden is relatively easy to navigate. If you're planning to stay in the old town, you can really just walk everywhere, but if that isn't an option, the transportation system is actually quite good. The trams take you anywhere you need and link up most of the major sights. They do get busy during peak times so it's good to plan accordingly. If you must travel during rush, consider renting a bike. It's by far the best way to get around and avoid the crowds and traffic. And after all, biking through the city is all part of the experience.